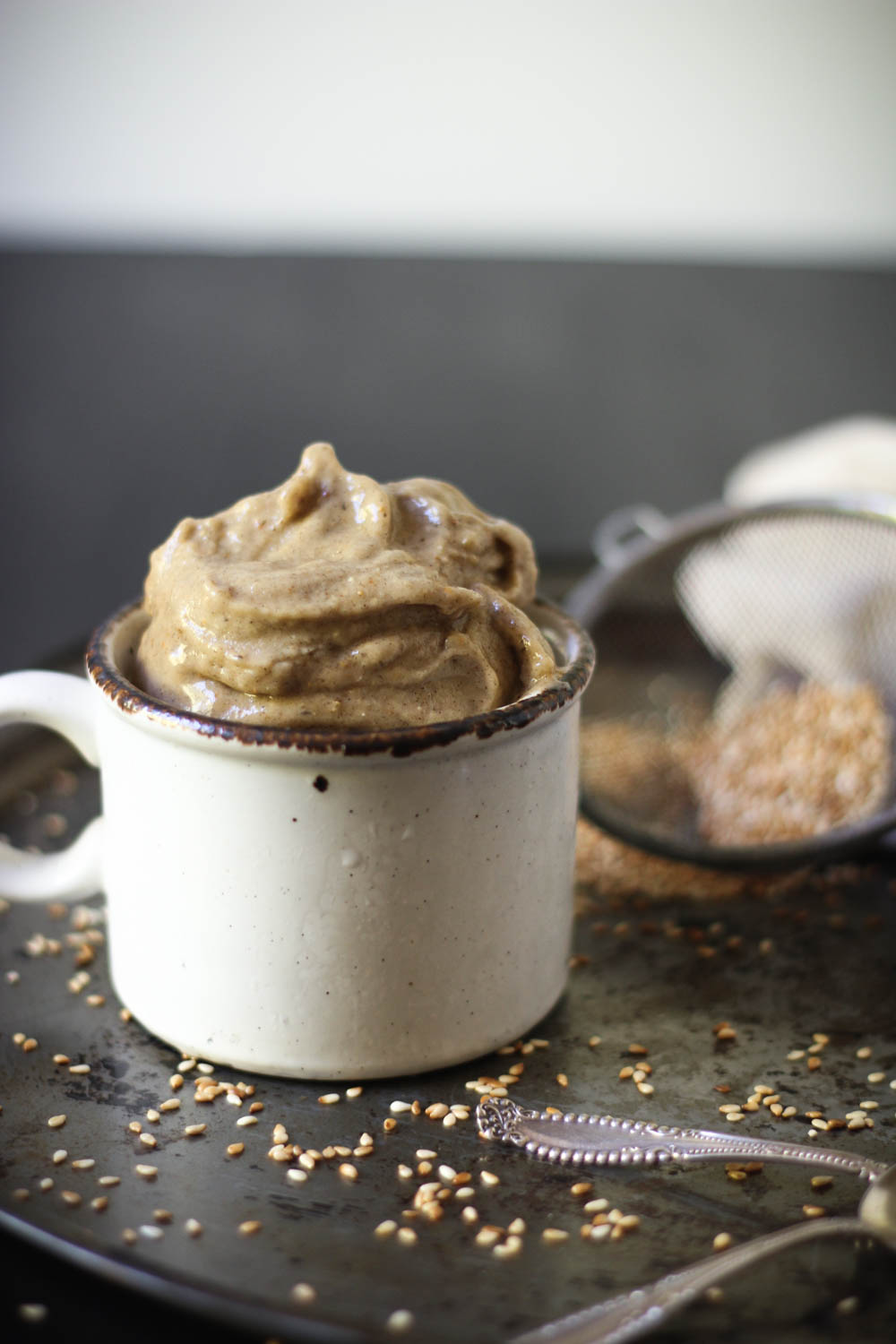 A few years back, I remember hearing that you could make ice-cream out of nothing more than just frozen bananas. Sure enough, I threw some bananas in my blender, turned it on, and a few moments later I was eating banana soft serve that actually tasted like creamy banana-flavoured ice cream, yet was made with nothing more than a few ripe bananas!

I think I have some inner health-geek thing going on as I get really excited about new food discoveries like this – or when I realised you could make creamy chocolate pudding using zucchinis, or noodles out of sweet potato, or pizza base out of broccoli. Okay, so the end result may not always taste exactly like the food it’s try to emulate, but when you weigh up the taste with the added health benefits then the real food alternative usually wins out for me. Don’t get me wrong – if you put me in the cobbled streets of Rome with the prospect of handmade artisan gelato I’ll choose that every time, but when the options at home are mass-produced varieties filled with artificial flavours and a ton of sugar then I’ll happily pass it up in favour of the healthier alternative.

However, that irresistible Italian gelato may have found its (healthy) match in this little creamy creation. By simply caramalising the ripe bananas before freezing them, you get an end product which is deceptively decadent and has the most amazingly rich flavour.  It’s rich, creamy and the almost toffee-tones from the caramalised banana added such a great depth of flavour to the icecream that you would not guess that the only ingredient were bananas! (well, and a little coconut oil to caramalise them in, but lets just let that little detail slide for the sake of this argument shall we?)

This icecream at it’s simplest is really just the bananas. And of course, this makes my inner-health geek incredibly excited to know that something that tastes this amazing is made of only pure, simple ingredients. If you wish to get a little crazy and spice things up a bit, there are so many options to build on this – adding a splash of coconut cream and a few macadamia nuts makes it’s extra creamy, while toasting some sesame seeds to add into the mix really draws out those caramel/toffee tones. If your bananas aren’t overly ripe a splash of maple syrup will add a little sweetness, or adding in some crushed cardamom and a splash of dark rum will make it the perfect after-dinner adult treat.

Not only is the icecream simple in terms of ingredients, the process of making it – while a little drawn-out after you caramalise, and then freeze the bananas, is incredibly straight-forward too. You simply caramalise the bananas in a little oil in a hot pan, freeze them, and then blend. I recommend doing this in bulk as the process is a little drawn out and time consuming (and this is something you’ll want to be making again and again!) I used my cast-iron skillet to caramalise the bananas, and then blended them in my Vitamix using the tamper to push down the bananas while they were blending. The end result has a texture more akin to soft serve icecream rather than traditional icecream, however if you want a firmer texture just place the blended icecream back in the freezer for half an hour before serving. 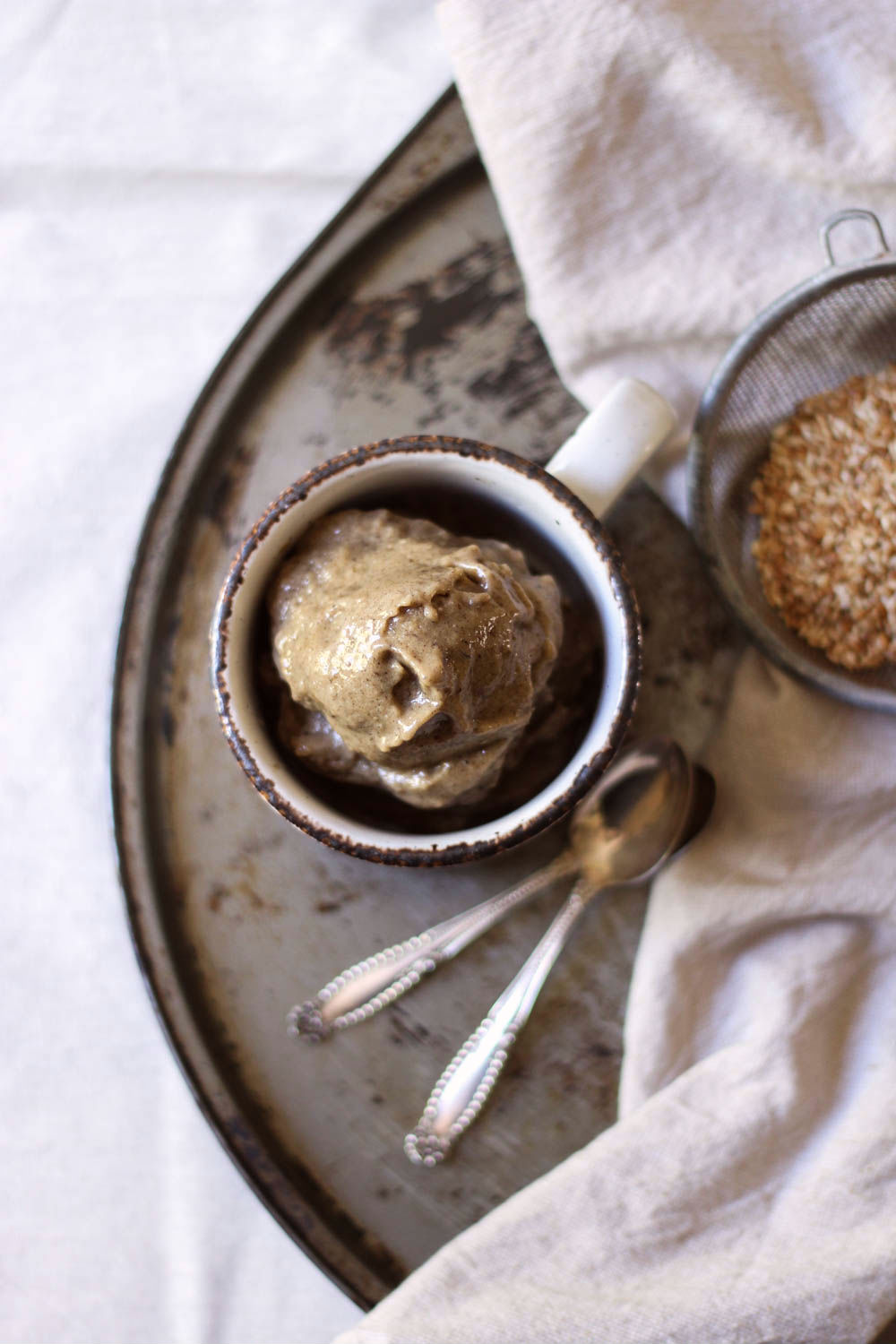 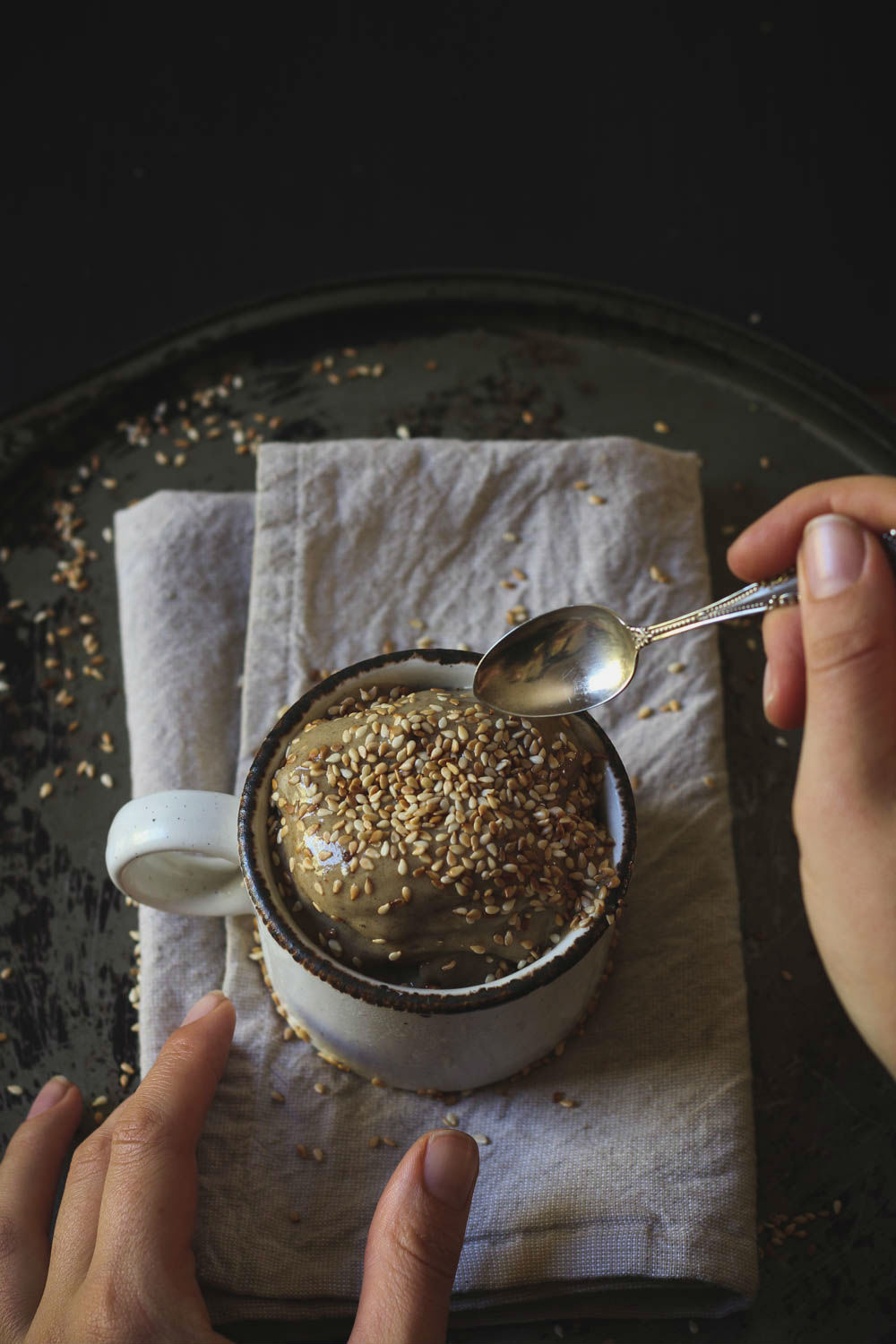