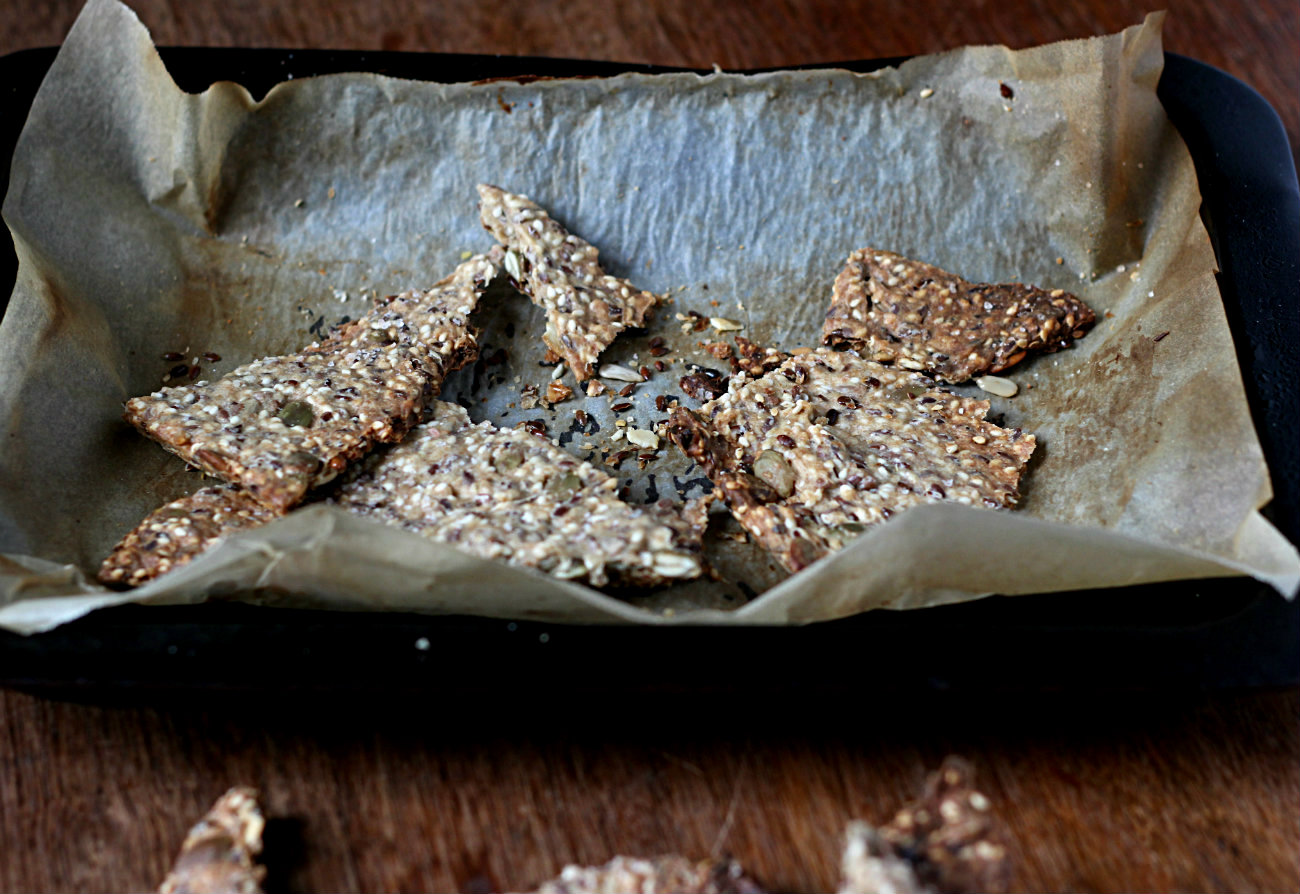 When I lived in London, I often used to play tourist in my lunch breaks, and explore the surrounding area near where I worked. I’d walk down St James Park to Buckingham Palace, and back around through Green Park. I’d head down to Trafalgar Square and back up through Covent Garden, or go wandering around SoHo. One day I stumbled across a small whole foods store which had the most amazing selection of healthy, natural whole foods (this shop was the new-to-me WholeFoods Market, which had only opened a year earlier. When I went back to London last year, it had moved around the corner to a huge building, resembling more of a supermarket than the quaint little deli I remembered from a few years earlier). After first discovering it, I would go back at least once a week, and one of my favorite things to buy were these delicious, thick crispbreads filled with a mix of wholegrain flours and seeds. 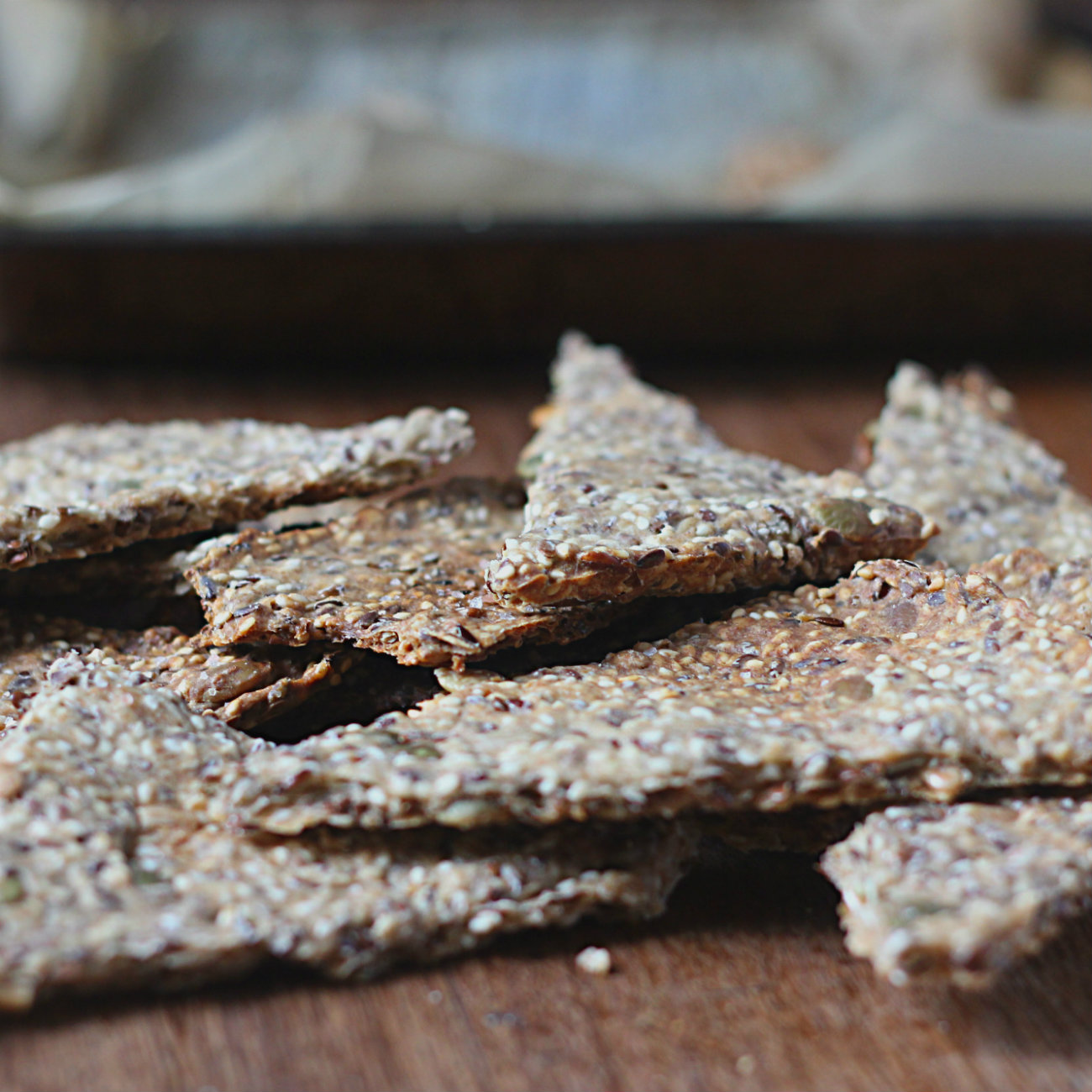 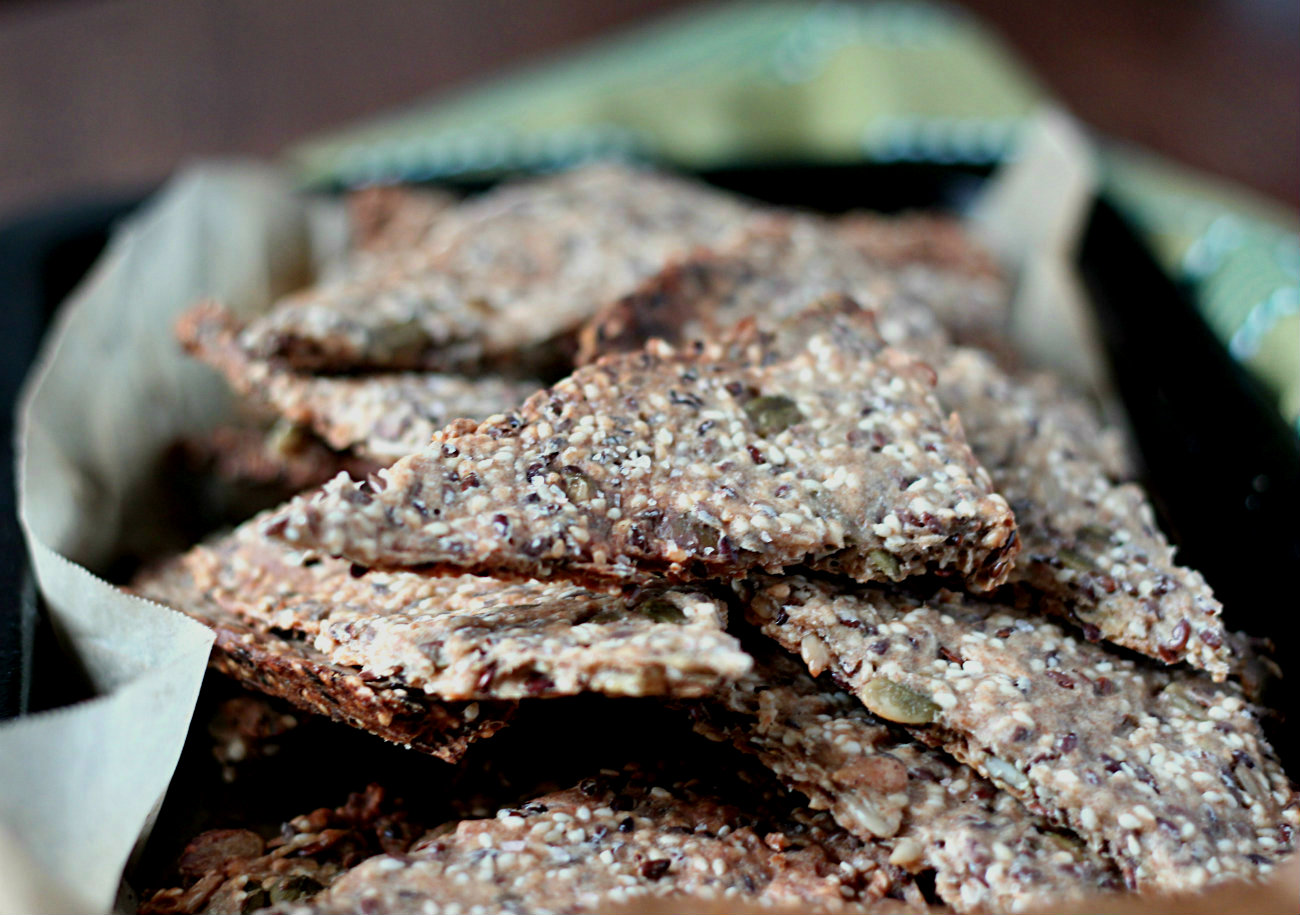 It never crossed my mind to try making these at home until I went to my friends going away party, and a guest there – a Swedish woman who had relocated to Australia – made the most beautiful savoury crackers. They had a wholesome taste, crunchy texture and were incredibly moreish. Apparently they are quite common in all Scandinavian countries, although they were definitely new to me. They reminded me somewhat of the tasty, wholesome crispbread that I used to love when I was living in London, and I had to ask for the recipe.

I was surprised with how easy these are to make, and the simple ingredients – flour, oil, salt, water and seeds. I followed the recipe exactly this time, but imagine these would be great to mix up a bit and try different flavour combinations. I think they’s be great with a little parmesan mixed through, as well as some dried herbs. A sprinkle of paprika wouldnt go astray, or a little cumin mixed in. 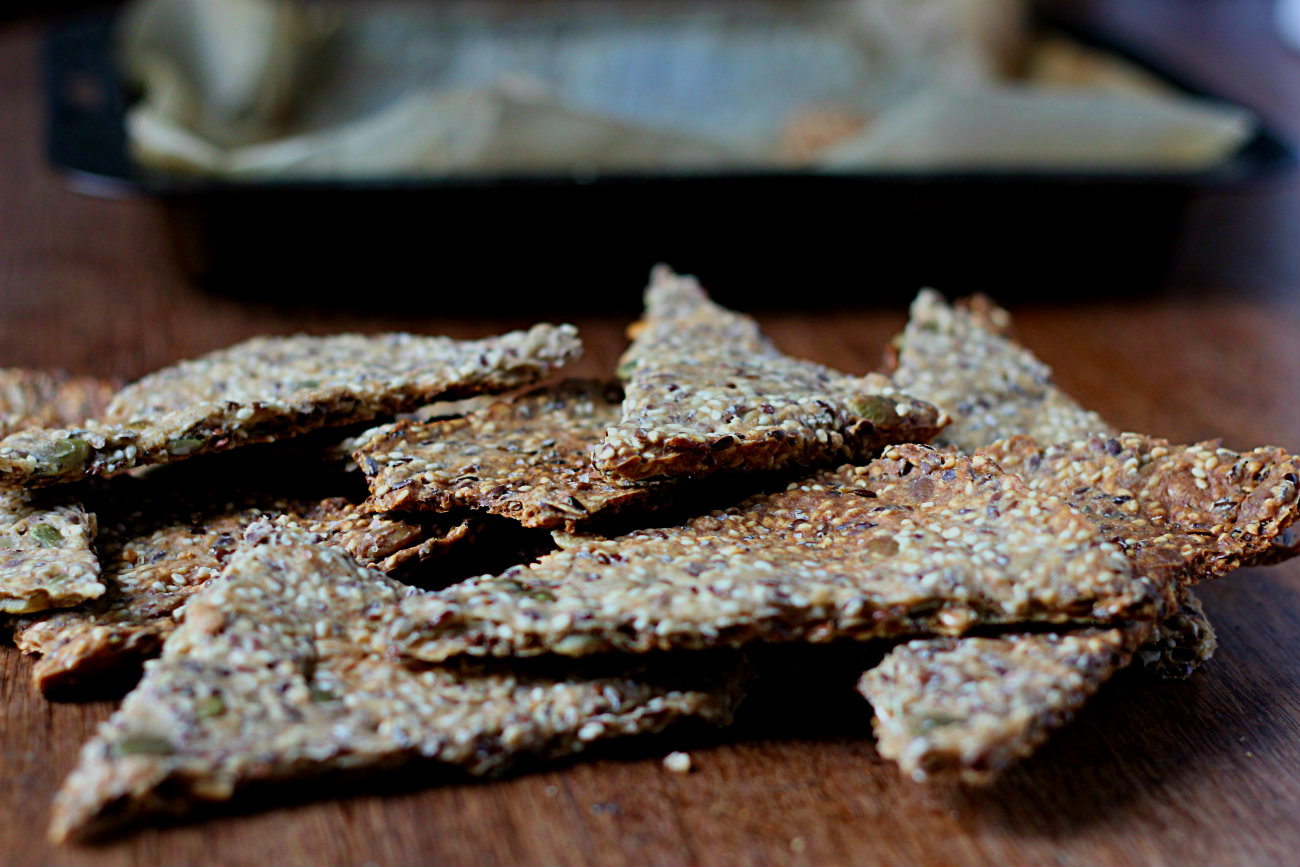 Mix all ingredients together in a large bowl.Pour into a large tray lined with baking paper and sprayed with oil. Place another sheet of baking paper on top and roll out until thin. Use a sharp knife to mark out the cracker shapes.

Sprinkle with extra salt, and bake for 30 minutes, checking after about 20. The total cooking time will depend on how thin you have rolled the bread and how light/dark you like the crackers – I think they are tastier on the darker side.