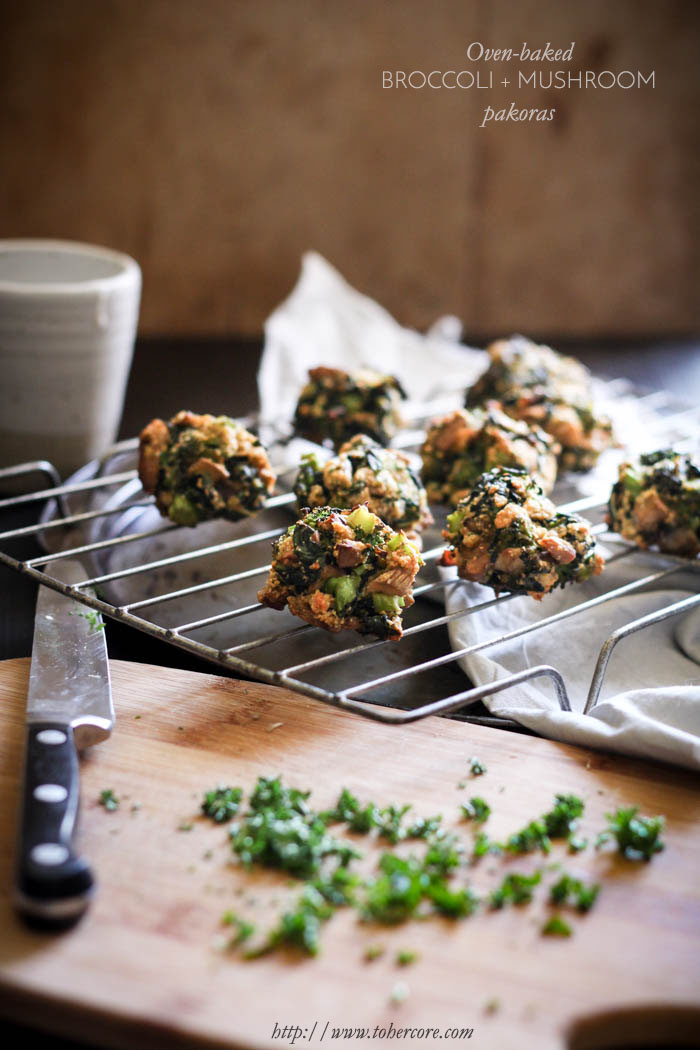 I’ve been playing around with the idea of savoury bliss balls for a while, that is a savoury version of the sweet little snack that has become the perfect 3pm pick-me-up for those that want something a little sweet thats also a little healthy and packed with protein and fiber to negate the dreaded energy slump that usually follows a sugar snack. I was initially thinking something packed with nuts, seeds and perhaps legumes to make it substantial and satiating, as well as some fresh herbs and spices for flavour. To bind, I was thinking either mashed vegetables or beans. I also toyed with wholegrain options like brown rice balls or toasted buckwheat.

The more I played around with these ideas though and started to look into it a little more, I realised that most cuisines already have their own variety of savoury snacks that matched my ideas somewhat. Italian cuisine has arancini balls, little fried morsels of risotto stuffed with cheese; In Japan they snack on onigiri, flavoured sushi rice balls or triangles with a piece of nori wrapped halfway around. Middle eastern cuisine has chickpea-centric falafels, and Indian cuisine has pakoras, chopped vegetables mixed in a spiced besan (chickpea flour) batter, and then fried. 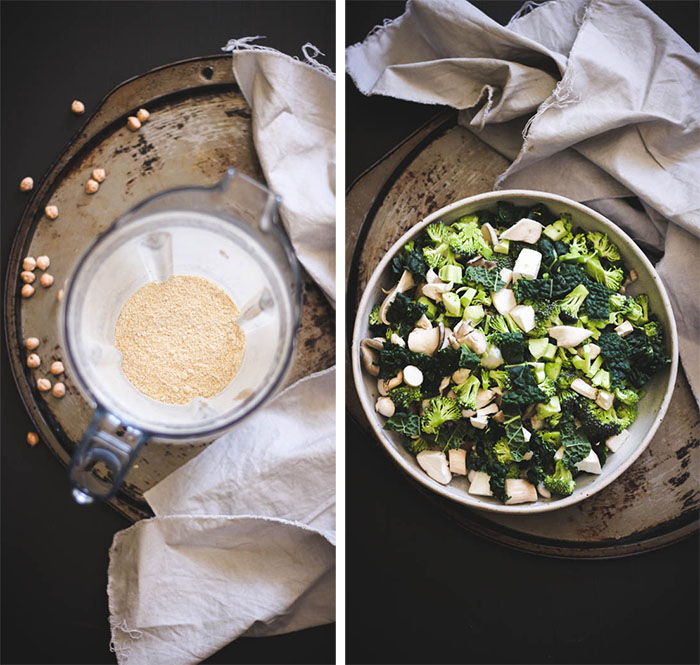 Most of these snacks, while definitely tasty, lacked the healthy idea that I was after – they were either predominately white grain-based and lacking vegetables; and/or they were deep fried. I have been a long-time lover of Indian food, and my favorite entree is pakoras, so the idea of making a pakora-style snack that was baked instead of fried definitely appealed. And I’m happy to say it only took two goes to come up with something that ticked all of the boxes I was aiming to fill – easy to make, healthy yet also tasty, packed with veggies and filling enough to curb those afternoon hunger pains but not ruin your appetite for dinner.

I think they taste best when the veggies are quite finely chopped, which is easier achieved via pulsing in a food processor fitted with an ‘S’ blade than chopping by hand which while possible is a little tedious. After the veggies have been chopped, you only need to combine them with the spices, besan (chickpea) flour and egg, and then bake, making the whole process relatively straight-forward and easy. If you choose to make the besan flour from scratch, this will obviously add extra time, but you could always go the quick option and buy the besan flour which these days is available from most major supermarkets and health food shops.

These pakoras can be eaten either as a snack or an entree, or something a little more hearty, shred some cos or iceberg lettuce, mix through some freshly chopped coriander, parsley and cherry tomatoes, top with a few or the pakoras and drizzle with some of the thinned-out sauce (simple mix it with a little water). 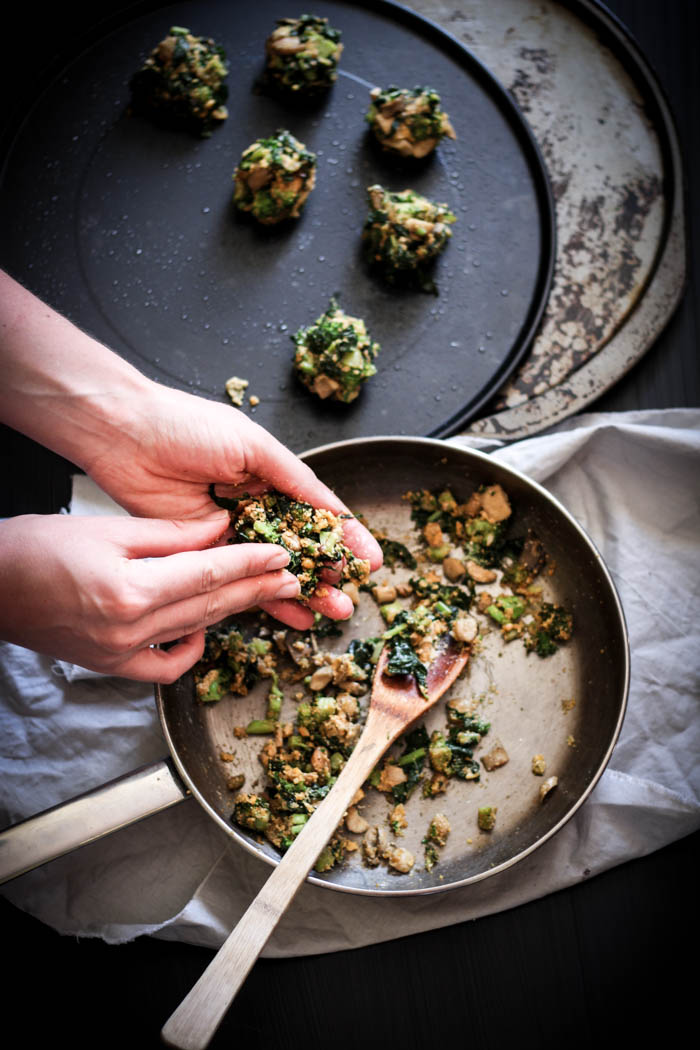 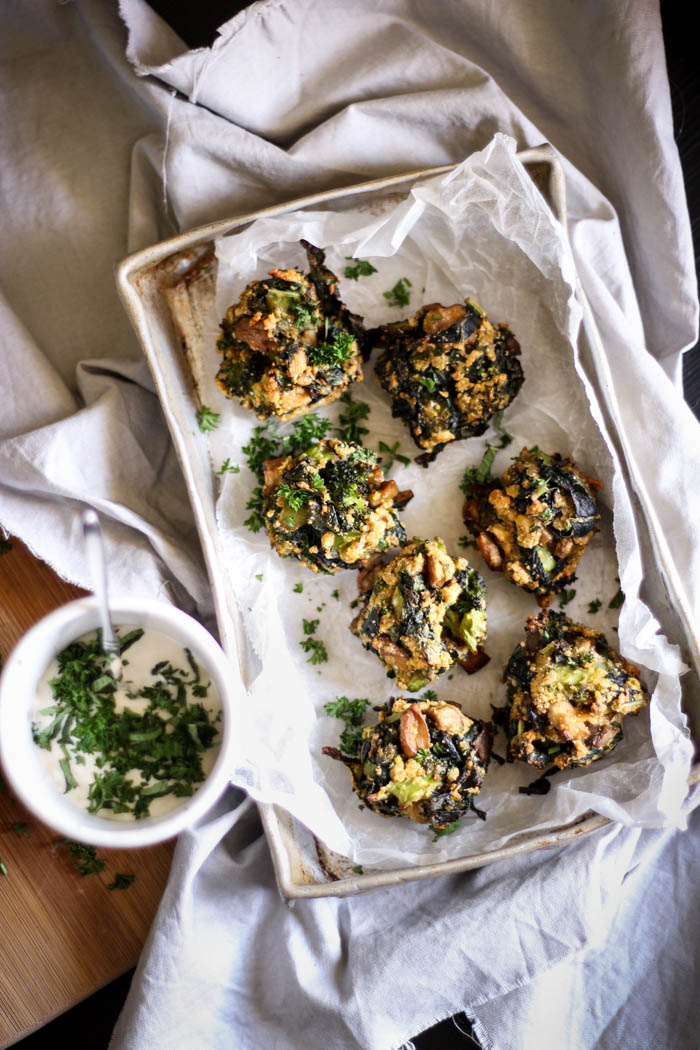 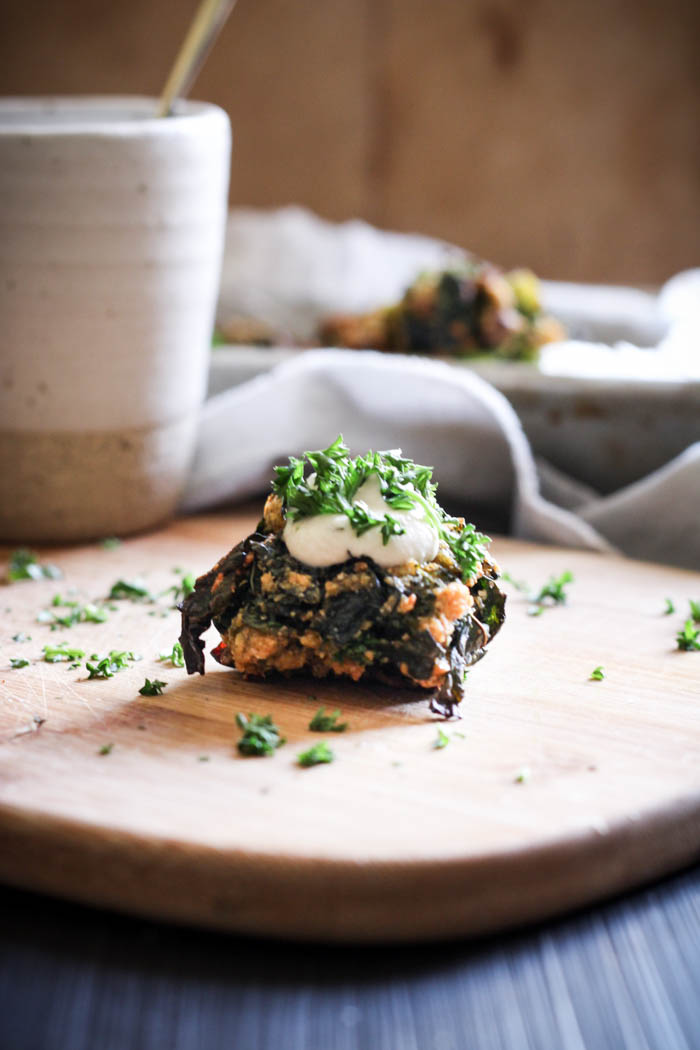