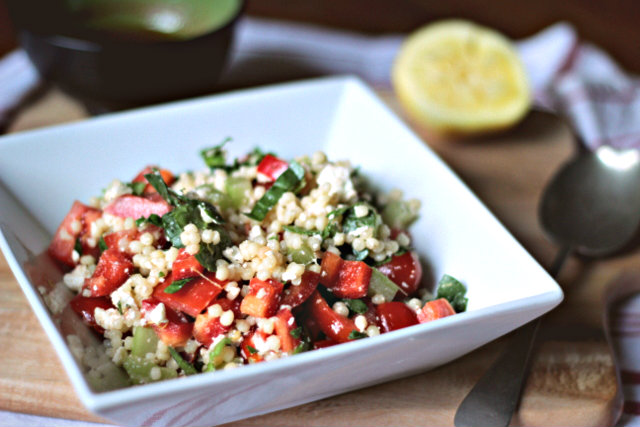 I first started reading food and cooking blogs around four years ago. I loved the words, the photography, the recipes. The first blog that I really started to follow was 101 cookbooks. I love the way Heidi put ideas together to come up with unique wholesome dishes. Most of you have probably heard of and seen Heidi’s site, however the next site I fell in love with was a lesser know site called Veggie Num Num. Similarly to 101 cookbooks, I also admired the way Trudy would put her spin on traditional dishes, and I found her recipes easy to follow and always produced amazing results. 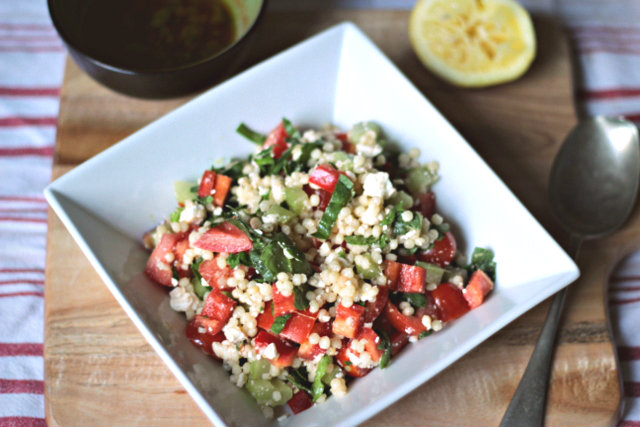 I think I have probably made no less than 15 recipes off her site, which have all turned out beautifully. The one that I always go back to is a simple recipe for couscous salad. I have been making this dish for a while now, and have adapted it slightly over the years to make it a little simpler and quicker to prepare midweek (by cooking the couscous with the spices and flavorings, rather than making a separate stock). Not only does it come together quickly to make a great dish to whip up for a quick meal after work, its also great to make ahead on the weekend and pack in work and school lunches during the week. You can serve it as is, although I normally like to add in some protein – a scoop of hummus, some falafel, a can of tuna or beans. Im yet to put my baked falafel recipe up here, but in the meantime, I have tried and tested the falafel recipes at both 101 cookbooks and Veggie num num and can recommend them both. 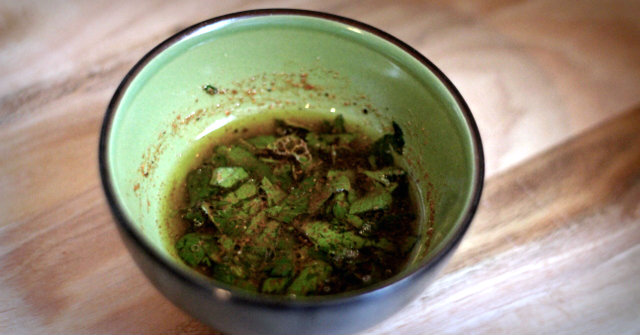 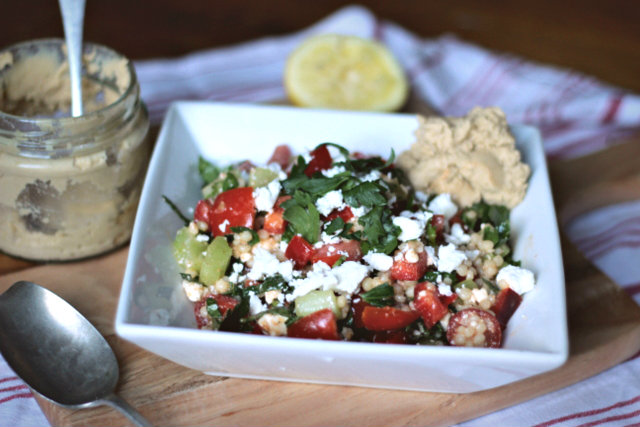 To make the dressing, add all ingredients to a small bowl or jar and stir to combine.

To make the couscous, heat the stock, lemon rind and cinnamon quill in a pot and reduce to a simmer for a few minutes. Add couscous and cook 8 minutes. Remove from heat and stir through 1 Tbsp of the prepared dressing, leave to cool.

To assemble the salad, combine vegetables in a large bowl, add the feta and the cooled couscous and combine. Mix through the dressing, and serve topped with extra parsley and feta.