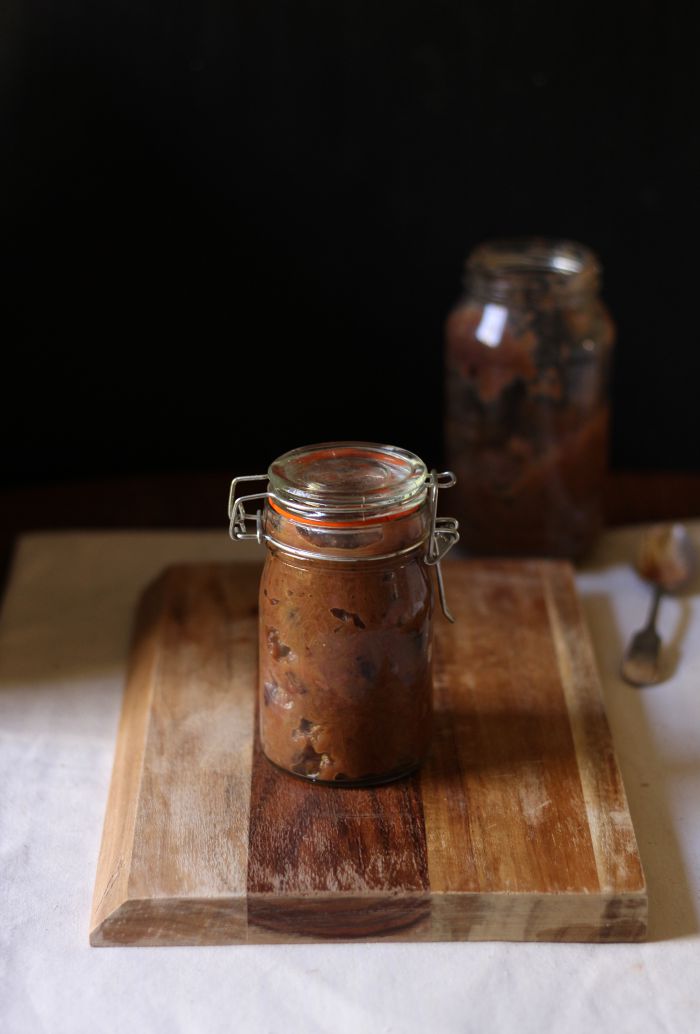 When I moved in with B a little over two years ago, he had a very sad looking patch of soil in the courtyard just begging for a little TLC. It was littered with beer bottle caps, cigarette butts and other rubbish that had gathered over the year of it playing unfortunate host to a share-house of 20-something boys who liked to have parties frequently but responsibly dispose of their litter less often.

The first year, I planted two tomato plants and a cucumber plant. I also bought a worm farm with the intention of using the worm wee and castings to fertilise the garden and build up the health of the soil. It was all very trial and error at that point. My cucumber died almost straight away, but the tomato plants both grew and slowly produced a little fruit. The worm farm went fairly well and now I have a tray of castings which I put back through the soil every 2 – 3 months or so. The soil health slowly improved and the following summer I increased my crop to include more tomato plants, zucchini, kale, lettuce and spring onion, as well as another failed attempt at eggplant. This year, I’ve increased the number of tomato plants, and lettuces, ditched the kale which just used to get eaten by little green caterpillers anyway, kept the spring onions which are still going strong and also added silverbeet, eggplant, fennel, purple cabbage and finally have had success growing cucumber!

I think the success of the garden is largely due to the improved health of the soil. I can’t say that I have delved to much into the science of how best this works – asides from using the worm deposits and a little Seasol, my gardening technique more runs along the lines of “let’s just chuck it in the ground and hope for the best!” 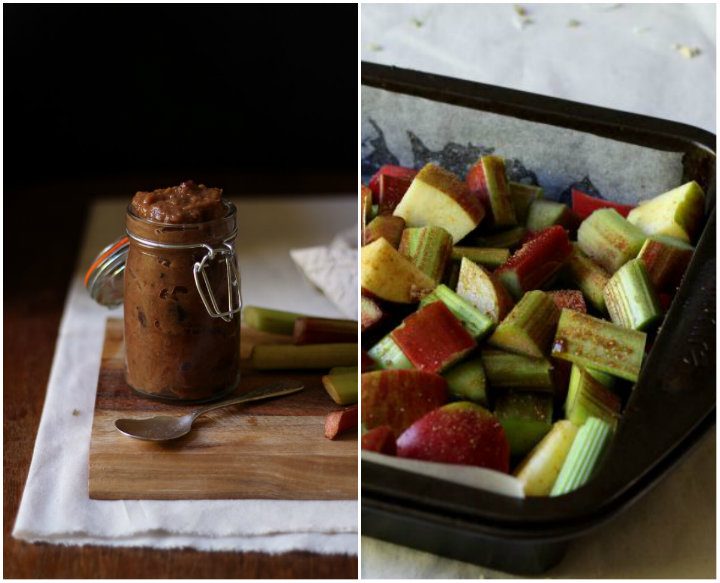 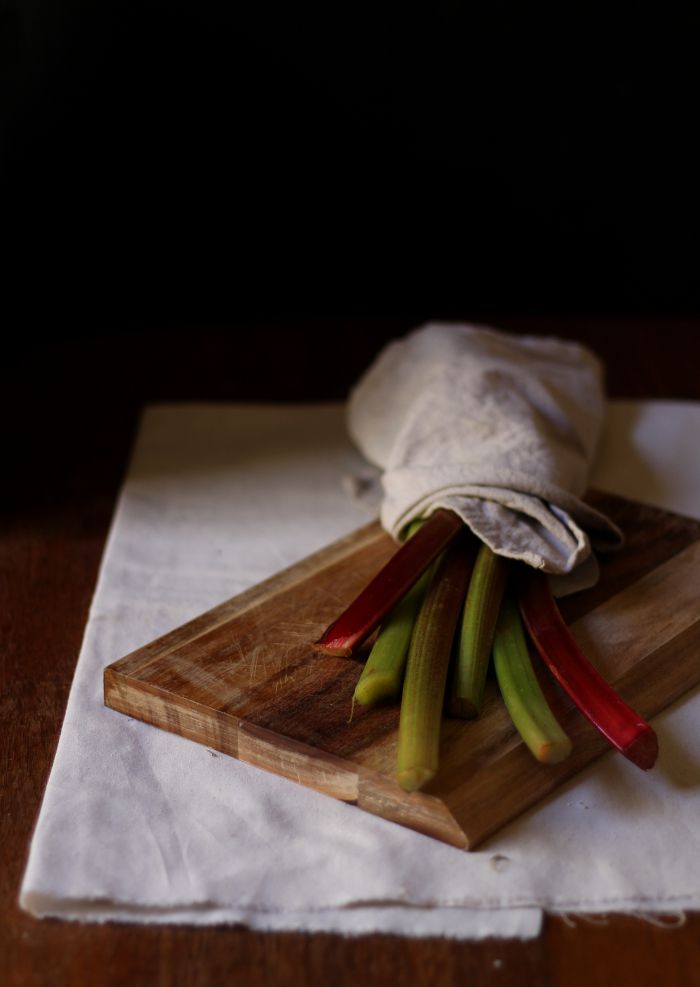 My Dad on the other-hand is somewhat of a gardening guru who spends a lot of time in his garden and works of a four-year crop rotation cycle to ensure that each crop is at its optimal best. Every time we go to visit him we get a tour of the garden which is always thriving, and the best part – a bag full of healthy, homegrown produce to take home with us.

Last summer Dad bestowed upon us a huge bag of rhubarb which went to a few renditions of this stunningly beautiful coconutty rhubarb cake. With my rhubarb loot this year though I wanted to something a little different, and decided to try my hand at a rhubarb relish after sampling some that my stepbrother-in-laws’ mother had made. 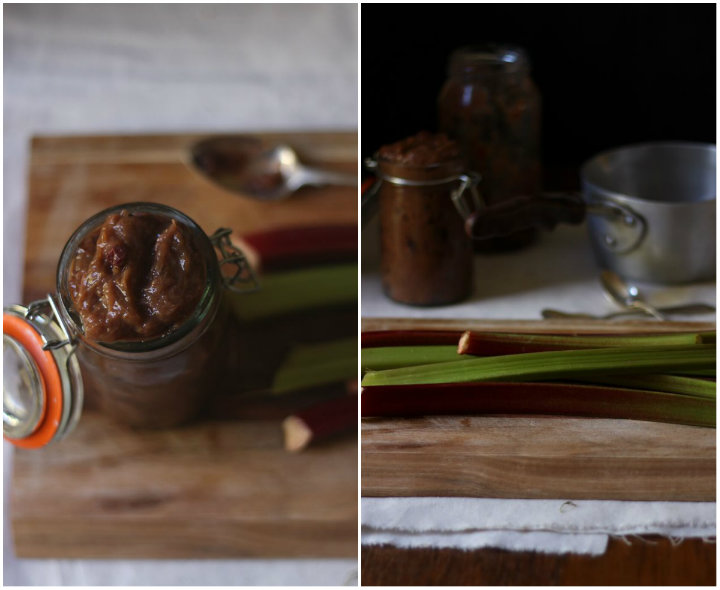 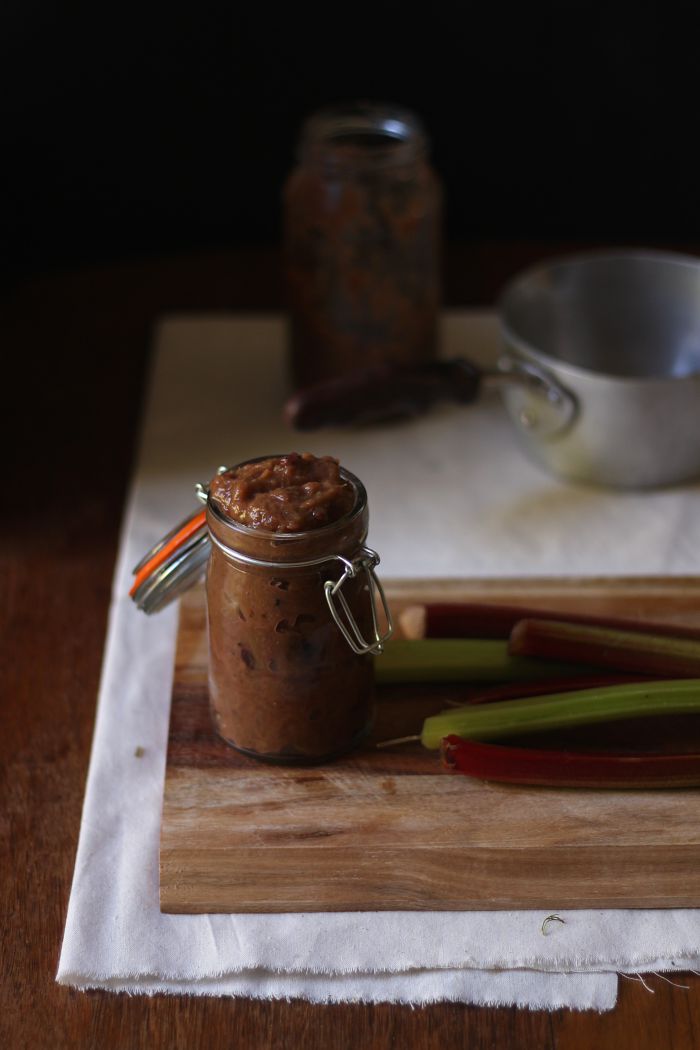 Relish is traditionally quite high in sugar which I try to limit in my diet, so instead I decided to roast the rhubarb along with the apple to caramalise them, adding a little to the sweetness and a lot to the flavour. Note that when you roast these too, the apple will brown up nicely on the edges and hold its shape well, while the rhubarb will also gain a golden hue yet slowly start to break down a bit and get a bit mushy – this is fine, you want them to soften completely for the finished product anyway.

Another note here – I’ve cut back on  the total amount of sugar and also replaced the standard refined sugar you’d normally see in relishes with a less processed coconut sugar. If you don’t have coconut sugar, you could easily use another sweetener of your choice here, though coconut sugar is the only one I have tested and can personally vouch for. And if you still want quite a sweet relish, maybe add an extra table spoon or two to the pot – I like that this isn’t overly sweet and you can still taste the tart rhubarb, but make sure you taste the mixture before it’s done to ensure it’s to your liking. 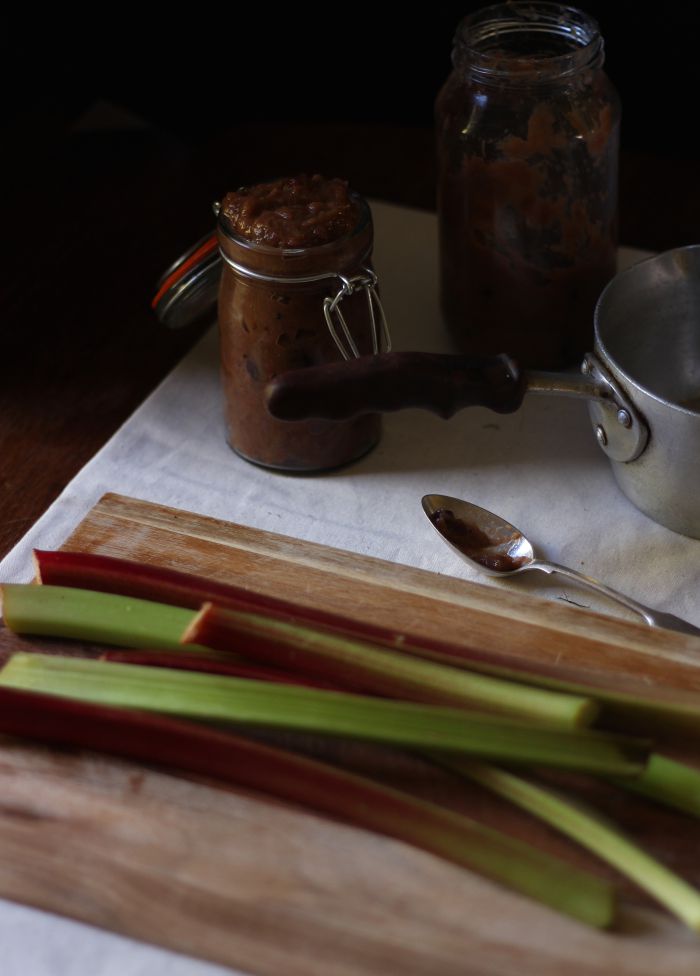 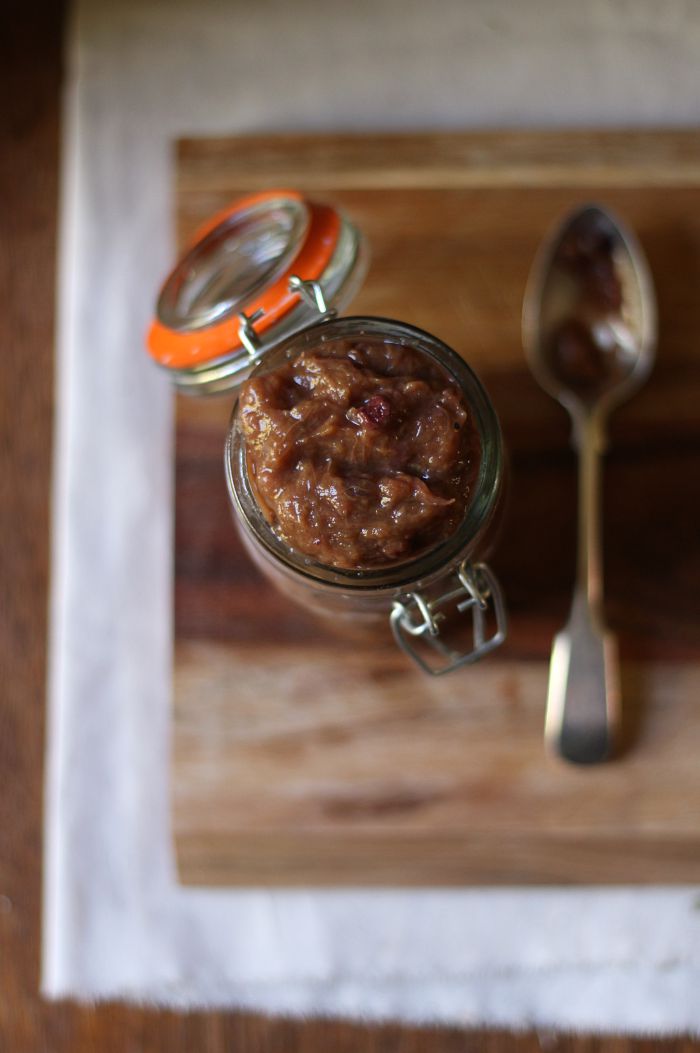