Last week I went along to a Paleo event held in Hobart, and with Paleo diets being quite topical at the moment –  especially in my neck of the woods – I thought I would share my thoughts here with you.

The event was The Paleo Way tour with Pete Evans, Nora Gedgaudas and Luke Hines. Initially, when I first heard about the tour I wasn’t too keen to go along as I’m not “Paleo” myself, and my image of the Paleo diet (prepare for an onslaught of stereotypes! ;) was a meat-eating, holier-than-though Cross-Fitter. Having met and worked with a few Paleo devotees who were more than willing to share their opinions on diet and fitness at any opportunity, promoting it as not only the healthiest option but also the only option, and then see them down a whole “clean” (unrefined) sugar-laden Paleo dessert before drinking a few liters of beer at the pub on the weekend, I was a little hesitant to earn more about what I had perceived to be a somewhat cult-ish movement that was extremely rigid and narrow-minded in some respects (the high level of meat consumption and intense exercise) yet lax when it suited the paleo follower – ie when they wanted a sweet or two have a few (or a lot!) of drinks on the weekend.

However, as most of these health and wellness-related events that tour around the country don’t make it down to Tassie, I felt it was important to go along and support it, and ended up helping out the event coordinators on the night.

After attending the event, I was really glad that I went along. Asides from being able to connect with a lot of other local health and wellness advocates and enthusiasts, I was actually surprised to hear how closely my current diet aligned with the Paleo diet that was presented at the talk which focused largely on cutting out sugar and processed foods, and instead eating sustainable wholefoods. In fact, when Nora described the ideal meal, or “plate”, it sounded quite similar to my standard meal – lots of fibrous veggies, and fruit; a moderate amount of protein; and a generous amount of fats. This plate actually differed to the perceived idea I had of a paleo “plate” which was lots of meat, some (saturated) fats, a little veggies and no fruit.

I now realise that just as “vegetarian” doesn’t necessarily mean healthy, neither does Paleo, and the Paleo I had previously witnessed was not the Paleo that Nora and the other presenters were promoting.

A large portion of the talk focused on how the overly processed and refined diet of contemporary Western societies was damaging – even killing – us, a sentiment I wholeheartedly agree with. Nora presented a lot of facts and data – a lot of which I had already heard of through my own studies and readings – to illustrate this point, and well as demonstrating the political and economical drivers behind the food industry as it currently stands. 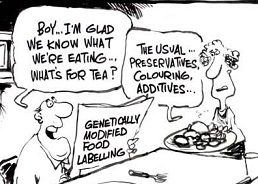 The other concept that was presented that I felt drawn to was the concept of eating more fats. When I stopped eating sugar, I increased my fat intake as I felt I no longer needed to worry as much about calories. I started to reintroduce previous “bad” foods that I felt would ultimately lead to weight gain such as nuts, olive oil and avocado and I found that through eating these foods I felt fuller for longer, and also noticed my skin getting clearer and my hair healthier. I have read a lot of other studies recently (including studies outside the Paleo camp) that all vouch for the moderate use of these fats in a healthy diet and I strongly agree – personally, when I eat a diet high in vegetables supplemented with healthy fats such as those mentioned above (plus full-fat coconut products), I definitely find that I feel better, I’m not as hungry through the day, and I have energy all day long. A difference here though was that Nora advocated strongly for saturated fats, whereas my fat intake comes mainly from poly- and monounsaturated fats.

I also liked the emphasis on eating organically, sustainably and locally. This is definitely something that I agree with and have been working towards myself. I did find it a little interesting that there were a lot of examples of how mass produced grains – and vegetables – can be harmful to the planets soil and unsustainable in the long run, yet no mention of what the equivalent mass-produced meat industry was also doing to our soil and greenhouse gas emissions. I think that whether you are Paleo eating mass-produced meat, or vegan/vegetarian eating mass-produced grains and vegetables, the end result is that you are consuming unsustainable produce which is likely lacking in nutrients, high in chemicals, and most likely tastes pretty average too! Rather, I feel that regardless of our personal dietary preferences, we should all be striving to eat locally sourced, fresh nutrient rich food regardless of our diet.

On the whole, whilst I felt that the Paleo diet that was presented had a lot of valid points and was very informative, however I still feel that the Paleo diet in it’s entirety is somewhat restrictive and not quite for me. Whilst I agreed with a lot of what Nora said, up until around 2 years ago, I spent the best part of the previous 16 years on a diet of some sort or other and I feel further restricting my diet I would only lead to further food-related stress and guilt that I just don’t want in my life.

I think another issue for me is that nutritional science is often contradictory, and often changing. I appreciate that there is research out there which shows that grains and legumes are detrimental to our health, however there is also other research which argues that these foods are nutritious and can form part of a healthy diet, and whilst the bulk of my diet is vegetables, I definitely feel that sometimes I need carbohydrates in the form of whole grains such as brown rice, quinoa or oats to feel full – and after eating them, I don’t feel bloated, inflamed, or foggy, rather I feel satisfied and healthy.

The main thing that I took away from the conference was that we need to be eating more mindfully, locally and sustainably, and eating (a lot!) less processed foods, and I think that these factors are important for any diet, not just those following the Paleo way of eating. I think when it comes to healthy eating, Michael Pollen sums it up best –

Eat food. Not too much. Mostly plants.

I wholeheartedly agree with this and recently wrote an article about why I choose to follow a plant-based diet which is very high in plants – mostly vegetables – and supplemented by other whole foods including nuts, seeds, fats, legumes, eggs, a little fish, a little dairy, and some whole grains. My personal experience, as well as all the studies and research I have read, have lead me to believe this is the perfect diet for me, and eating this way for a while now and the positive effects it has had on my physical and mental health further supports this for me.

So – tell me, what are your thoughts? Have you changed your diet recently, and if so what has influenced your decision on how you eat? 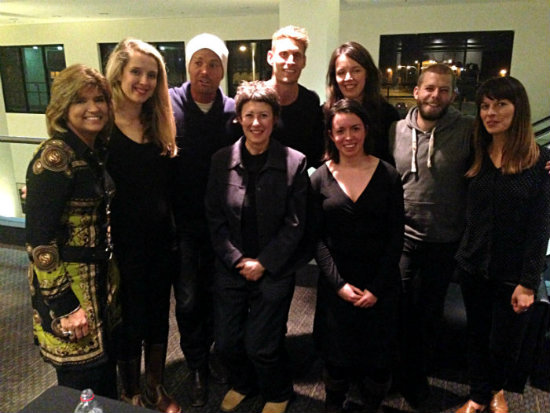 Please note that these are my own personal beliefs and opinions and my thoughts relating to diet and health are based on my own personal experiences and studies – I am not a qualified health professional and am not advocating for one particular way of eating.