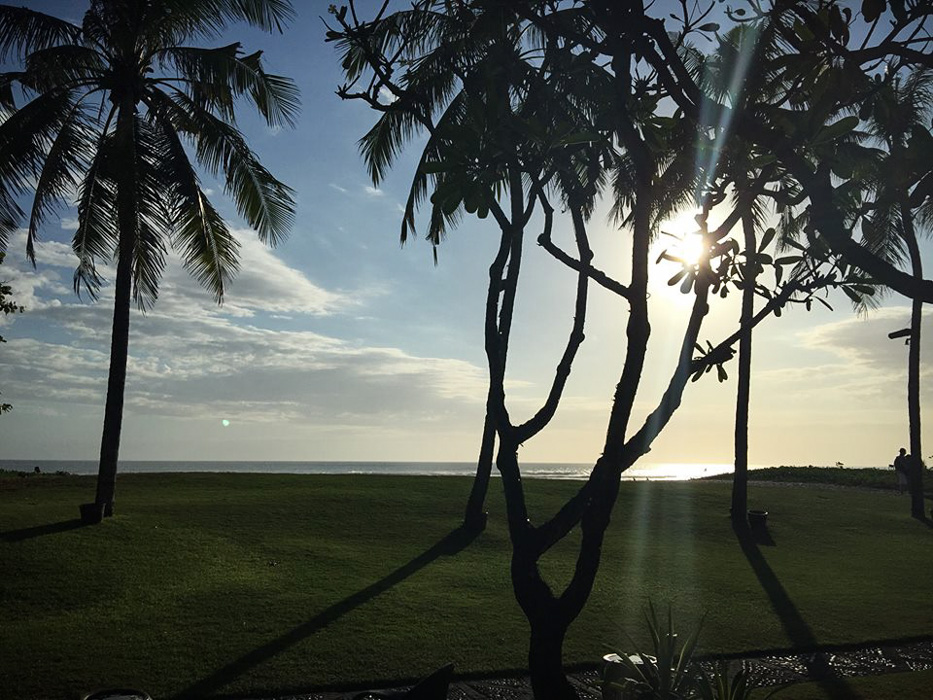 Now that I’ve had a few days to settle in and get over my post-holiday blues, I thought I would do a bit of a holiday recap for you all – hopefully if any of you are planning a trip to Bali any time soon these suggestions might come in handy for you.

This was very much an R&R holiday so we didn’t do too much sight seeing and therefore I don’t have much to offer in that regard, but if you’re in Seminyak or Ubud and after a delicious meal, the best massage or a cheeky cocktail, then I’ve got you covered!

Where to eat and drink

I love good food (you may have guessed! ;) and the whole experience of eating out and trying new flavours. We had some amazing meals on our holiday (and also some not-so-amazing ones!) and I’ve put the highlights below.

The first part of our holiday was spent in Seminyak which is very much geared towards Western tourists and as such the dining scene there is similar to what you might find back home, in fact we didn’t even eat any Indonesian food until we got to Ubud! With the Western-style eateries came Western price tags – still slightly cheaper than back home, but not the dirt-cheap prices you’d usually expect in this part of the world. That said in nearly every case it was worth it, we ate very well on our holiday and had some amazing culinary experiences. 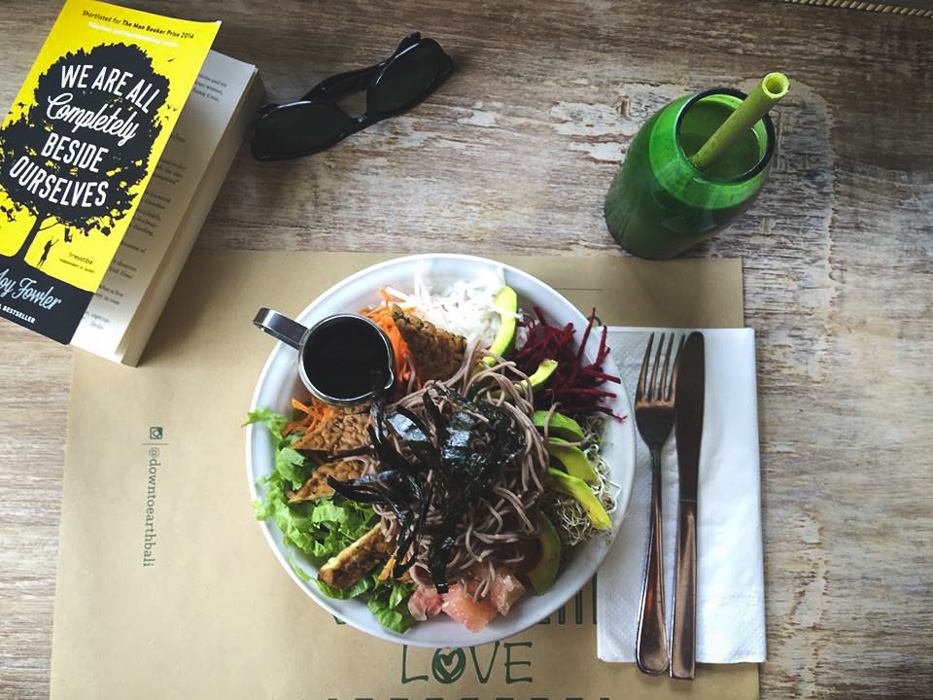 Earth Café – a bit of a Bali institution, and with good reason. Their meals are clean and tasty without being overloaded with sauces and dressings like some of the other meals we had in Bali. Delicious juices and smoothies that are more veggie/superfood focused (rather than just fruit based as per most other places) and their chai tea is divine.

Chandi – I’ve written about Chandi here before, and this trip was the third trip I’ve visited this restaurant which serves modern Asian cuisine using mostly organic and local ingredients. Their lunch time salads and bites were delicious, though we went back for dinner one night too and were a little less impressed – this potentially could have had to do with what we ordered however I didn’t think the standard was as high as on previous visits. That said, it is still a lovely restaurant with beautiful decor, an interesting cocktail menu and delicious food that’s such to impress.

Barbacoa – This was our first dinner of the trip and didn’t fail to impress. The restaurant itself is located in Kerobokan, just a short cab ride from Seminyak, and looks out over a rice paddie, though as we were their at night the view was somewhat lost on us. The interiors, as with most places we went, were perfect as was the food. Despite a somewhat the menu being quite meat-heavy, there were plenty of seafood and vegetarian options. We shared a few smaller bites to start and then ordered a few salads which were very impressive – I’m always sold when a restaurant puts as much effort into their vegetarian dishes as their meat dishes. For dessert we shared the dessert platter including some ice-cream that was made on the spot using liquid nitorgeon – not sure of the health qualities there but it was certainly impressive to watch!

Sisterfields – Sisterfields is reminicent of a trendy cafe you might come across in Melbourne or Sydney, and has a menu to match. Cafe staples such as smashed avocado on toast, baked eggs and sweet corn fritters feature on the menu, but there are also a few more interesting dishes such as slipper lobster scrambled eggs and black pudding croquette. Beverages include the standard juices, smoothies, coffee and T2 tea. A good breakfast/brunch option. 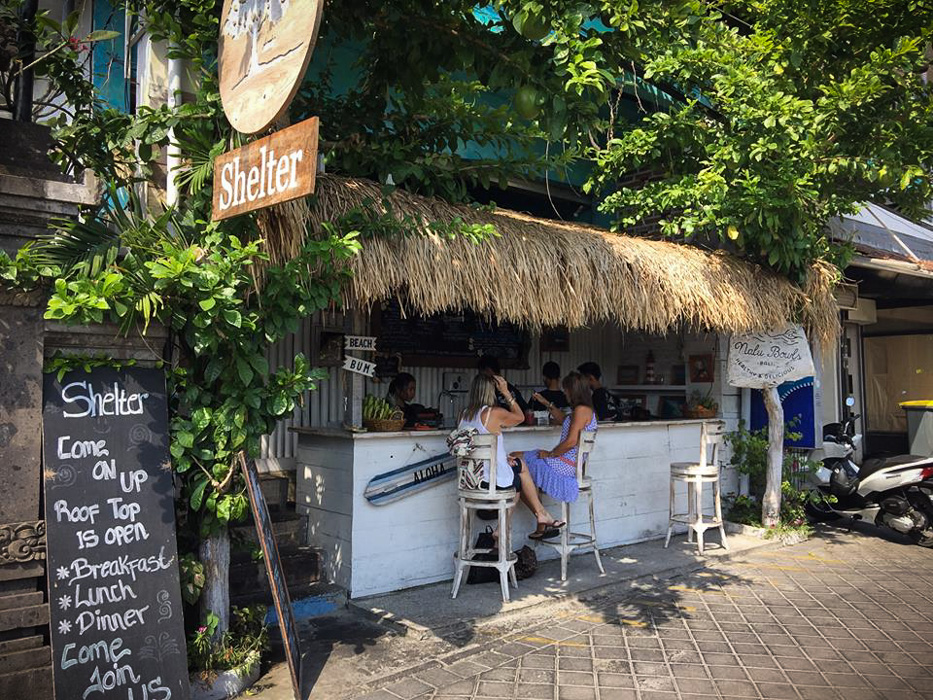 Shelter/Nalu bowls – A lovely little gem hidden away in the back streets of Seminyak, one block back from the busy Jl. Raya Seminyak, is actually two establishments – the smoothie bowl specialists Nalu Bowls downstairs, with the breezey open-air rooftop Shelter sitting directly above. We ate breakfast here one morning and the food was fantastic, though the service was a little casual compared with the efficiency and attentiveness we’d experienced at other places – we had to ask for menus, flag down a waiter to order and when my smoothie bowl arrived (quite a while after the other meals were served) I was told I had to pay for it there on the spot. But despite the service, we still thoroughly enjoyed our lazy breakfast here – a beautiful spot to sit back for an hour or two and relax over some cups of tea and fresh juices.

Mamasan – I was umming and ahhing over whether to include Masaman in my list here.. We had high expectations of this newer restaurant with a modern/Thai-inspired menu but feel it didn’t quite live up to expectations. It was difficult to get a table so we ended up going for lunch, and I wondered if we may have enjoyed it more over a few hours at dinner time. We ordered a few smaller plates to share and the standard varied from average to very good, though all of them we felt were perhaps over seasoned/dressed. My sashimi was swimming in a ginger and shallot dressing which over took the delicate flavours of the raw fish. That said, the food was good and the restaurant was beutifully decked out, especially upstairs which would be the perfect place to relax over a few wines on a rainy afternoon. 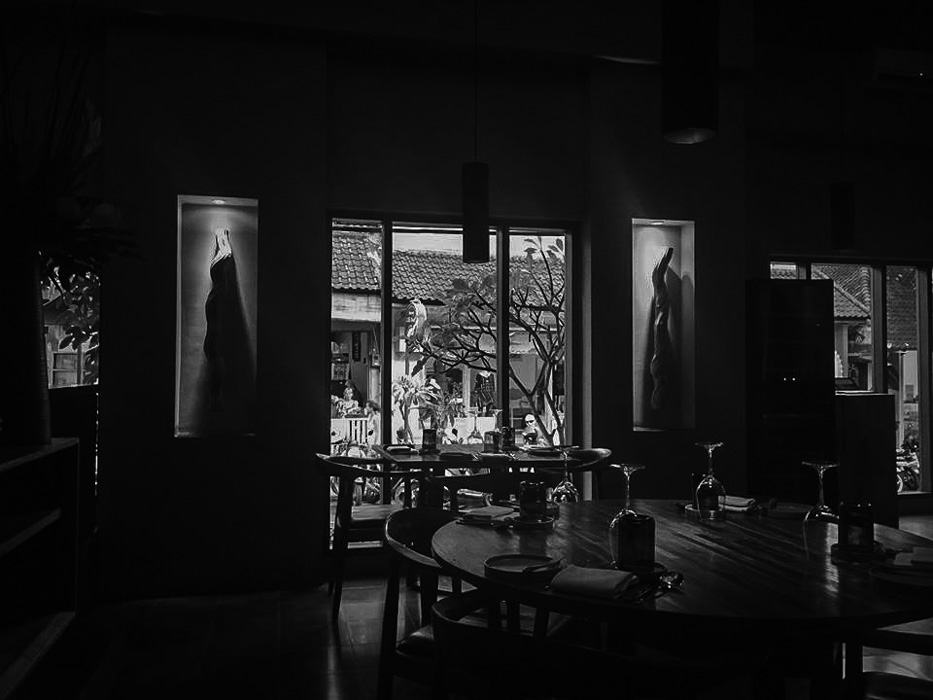 Locavore – This was without a doubt the highlight of our trip. Run by a Danish and local Balinese chef, Locavore is modern food with a focus on fresh, local produce – nearly all of their ingredients are sourced locally, and even the employees are all local Ubud residents. There are two menus at Locavore – the namesake menu with is a mix of meat, seafood and plant-based dishes, or the Herbivore, which omits the meat and fish to focus purely on vegetables. I opted for the herbivore, and we chose the seven course degaustation menu, which was on $10 more expensive than the other five course option. Before the first course was served however we were served a selection of amuse bouche which included the posy of edible flowers and herbs sitting in a vase on the centre of the table and sprayed with a light dressing.

One of the things I like the most about Locavore was the amount of effort put into the vegetarian courses. As a non-meat eater, I often find that there is not as much attention to detail for the vegetable dishes and usually the vegetables will play second fiddle to some type of grain or non-animal protein, but at Locavore the vegetables were the star of each dish and their natural flavours were allowed to shine through without being overpowered by any of the flavourings used in the dish.

Alongside the stunning food, the drinks menu is pretty impressive as well with a great selection of (imported) wines and interesting cocktails. We each tried a different cocktail and sampled one another and they were all amazing – flavoured by local fruits and herbs.

Locavore has already gained a strong reputation and as such you need to book a few weeks in advance to get a table – bookings can be made easily though directly through their website.

Kismet – we popped into this rooftop bar one evening with the intention of having a pre-dinner drink but ended up ordering a few small bites and the menu was impressive – a healthy focus with lots of delicious vegetarian options.  Their big bowl salads with a variety of skewers sounded delicious, would loved to have gone back for one! Next time… :)

Soma – we stumbled across Soma on our first day looking for somewhere to have lunch and were drawn in by their large open-air courtyard which makes for a serene and relaxed environment. The menu is primarily vegetarian with a focus on raw foods (though not exclusively). A great selection of teas, tonics, lassis, juices and smoothies, it’s a great place to go and chill out with a drink in ambient surroundings or stay for their delicious food. 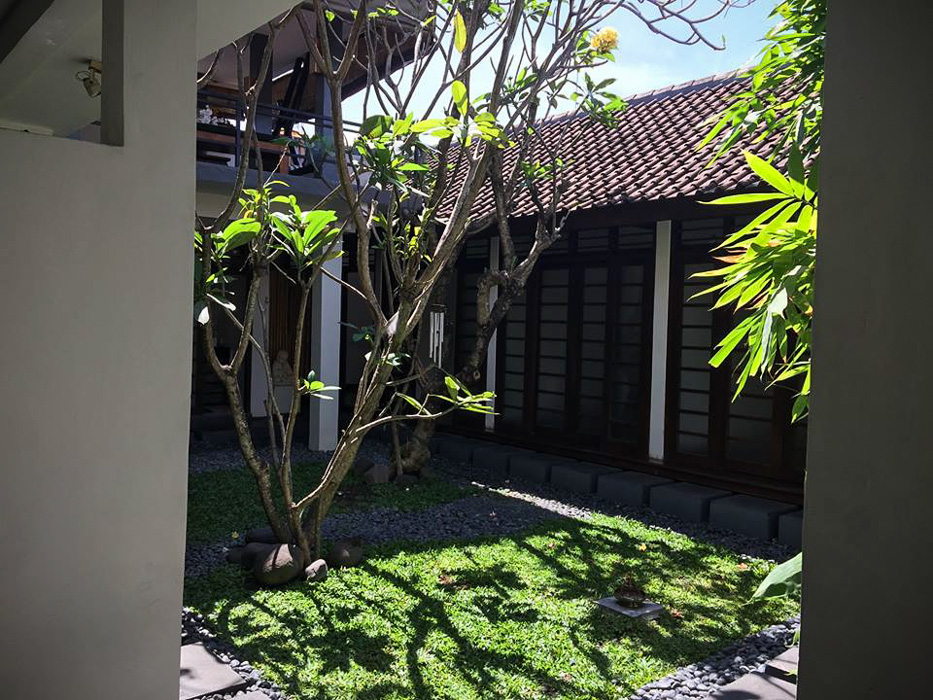 Jari Menari – Jari Menari prides itself as being the best massage in Bali, and they might just be right. I indulged and had one of the four hand massages with two massuers – quite possibly the most amazing massage I’ve ever had. Highly recommended if you are in the area.
Bodyworks – A large establishment in  the heart of Seminyak which seems to be bustling with people yet still retains a sence of quiet peacefulness that you would hope to come by in a spa. We treated ourselves to a half hour massage followed by a one hour cream bath which is a hair treatment/upper body massage that I loved. A perfect 90-minute pampering session that was incredibly reasonably priced.
Espace – a great budget option on Jl. Raya Seminyak – we walked in straight of the street and they happened to be offering a 15% off special that day. We paid around AUD $20 for a 1 hour signature massage. The standards aren’t as fancy as some of the other spa’s and the treatment not quite at the same standard either, but for a much cheaper price this is definitely good value for money. 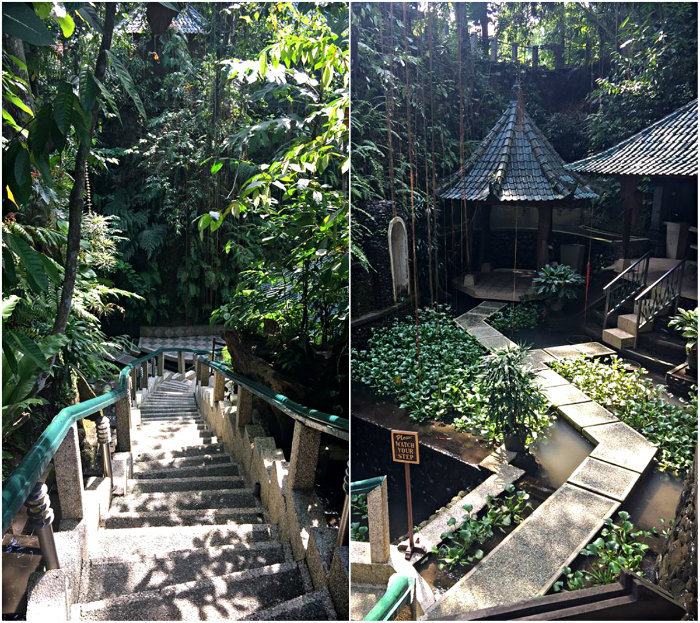 Taksu – we actually only went to one spa in Ubud as it was that good we decided not to risk going anywhere else. From the outside, Taksu is quite unassuming, but venture down the path and past the reception area and you’ll be led down a flight of stone stairs to a beautiful landscaped sanctuary that makes you feel as though you are in the middle of a rainforest. The treatments are in a range of rooms (my favorite was the open air space where I had a thai masage) intesperces with waterfalls and small bodies of water to create a tranquil, calming environment. A delicious ginger and lemon grass tea is served after each treatment with the most amazing fresh honey served on the side. Next time I also hope to attend one of their yoga classes which are held in a beautiful room over looking the small stream that runs through.