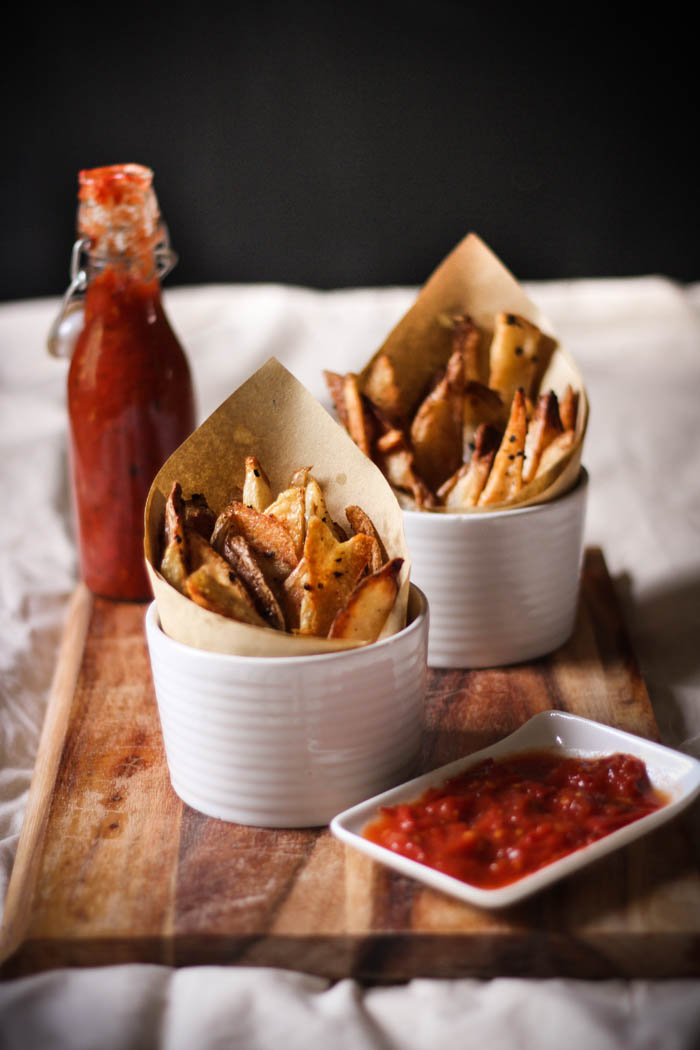 My boyfriend (who goes by the name of “B” around here) has a lot of strong points – he’s caring, supportive, encouraging, loving and always positive. He makes a mean pot of tea, he’s always  puts the bins out so I don’t have to and he washes my car for me “just because”.

But, as with all people, he has his weaker points too. Some are debatable – for example, I would argue that his hair cut is questionable whereas he would argue that the Noel Gallagher/Grug-like bowl cut is the most stylish hair cut going round at the moment. 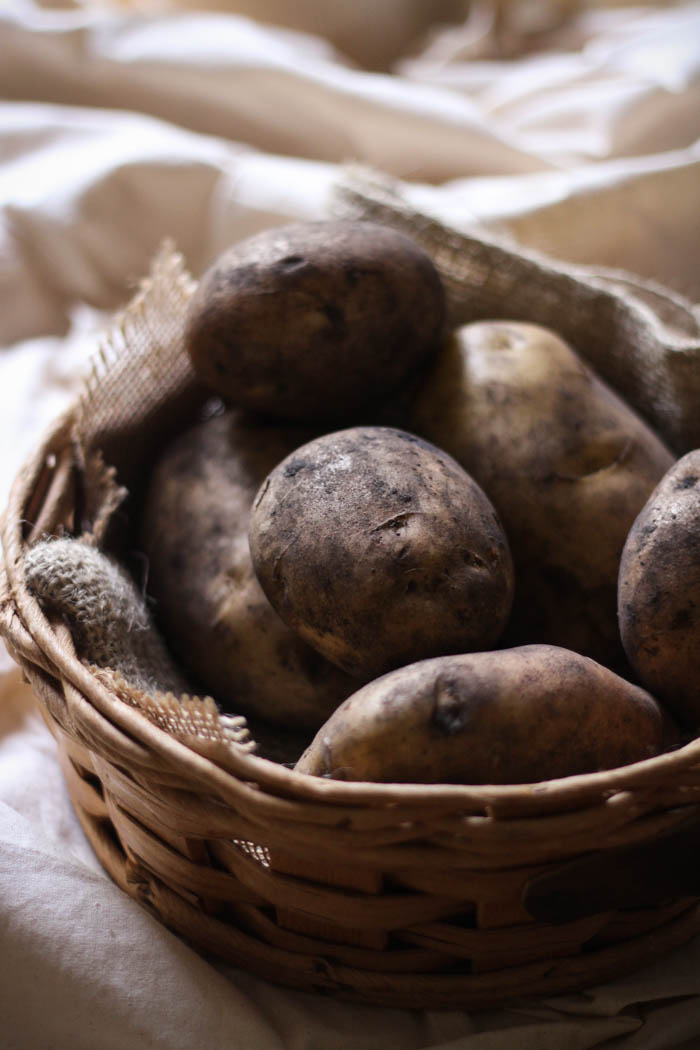 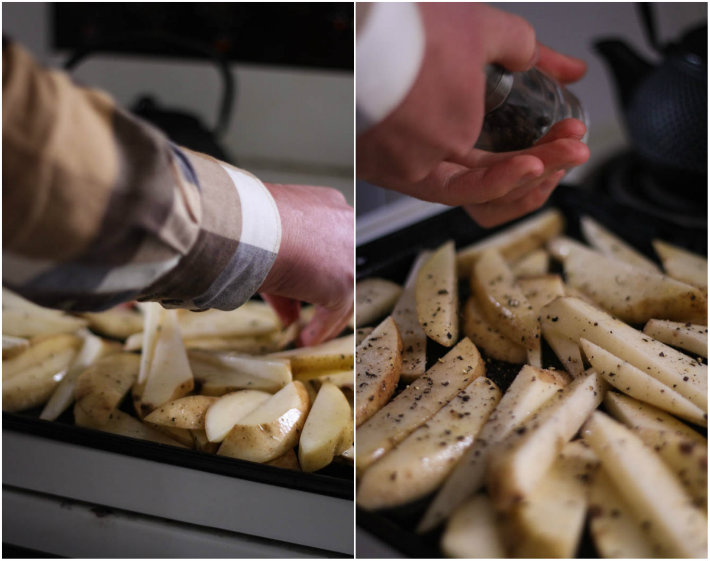 But one thing we both agree on his that his cooking is not one of his strong points. It’s not that his creations turn out particularly bad but more that he find’s cooking a chore that he doesn’t enjoy. And I feel the same way. If you’d spent more than five minutes watching him slooooooowly peel a carrot and then chop it, bit by bit. By bit. By bit.
Then you would know exactly what I mean!
But his one redeeming kitchen conquest, the one dish he does a damn fine job of, is hot chips. I passed off the first lot he made me as pure luck. The second lot was a coincidence. But by the third time, I was impressed. They were GOOD. Really good. 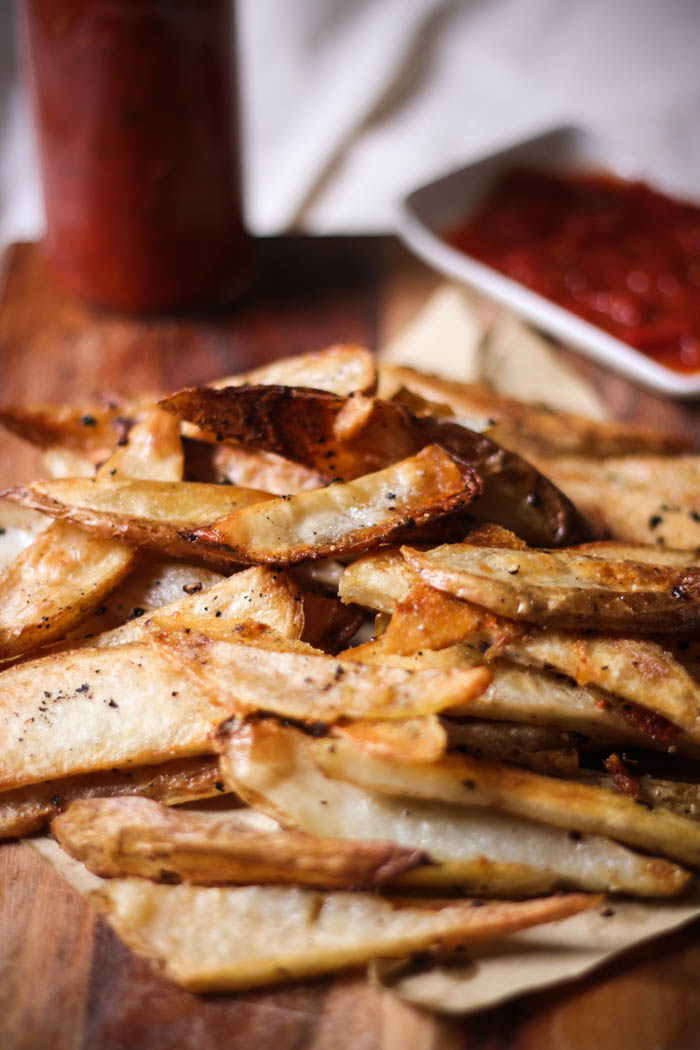 Hot chips are a weakness of mine. Every time I walk past a kid in the street eating a bucket of hot chips I desperately want to go past and quickly steal one off the top. Just one, that’s all I need to get my fix. I wonder if the kid would think it’s kinda funny, or just weird and a little scary. I’m leaning towards the latter, which is why I’ve not done it yet. But if I walked past a kid in the street eating THESE hot chips… Then I’d definitely have to reconsider. 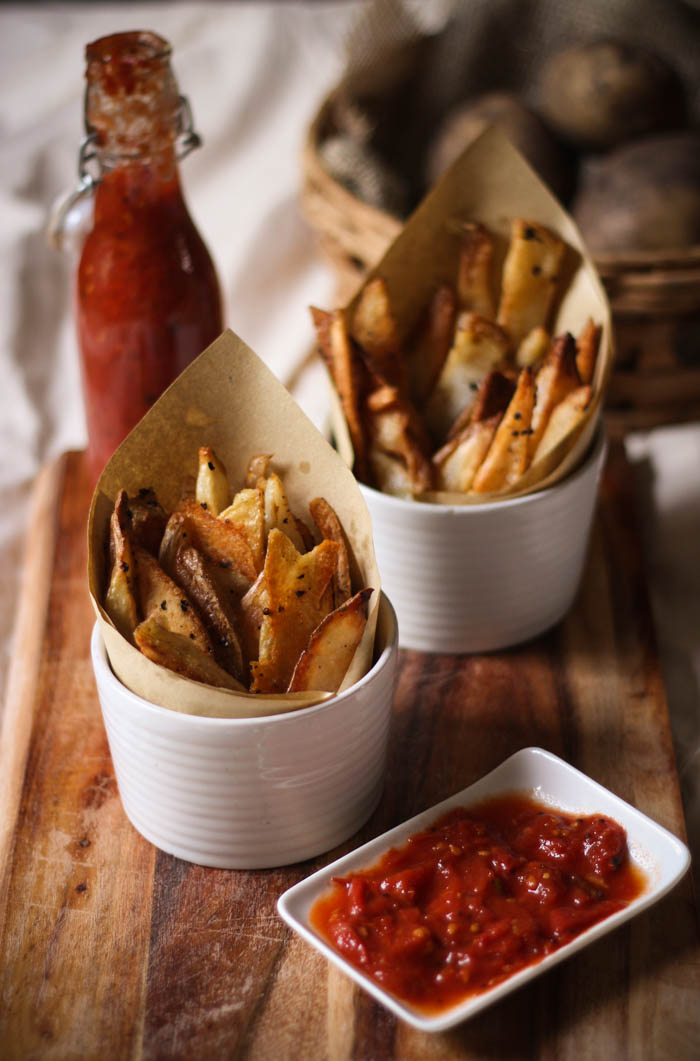 Baked chips – or fries, whatever you want to call them, are something that seem so straight forward – you chop up some potatoes, season them and throw them in a hot oven with a little oil. But after experiencing a few recently not quite up to B’s standard, and even making my own batch which I’m sad to say didn’t quite cut the ketchup (see what I did there? ;) I had to get B to walk me through his process.
So, without further ado – let me introduce you to the best homemade chip’s you’ll ever try! 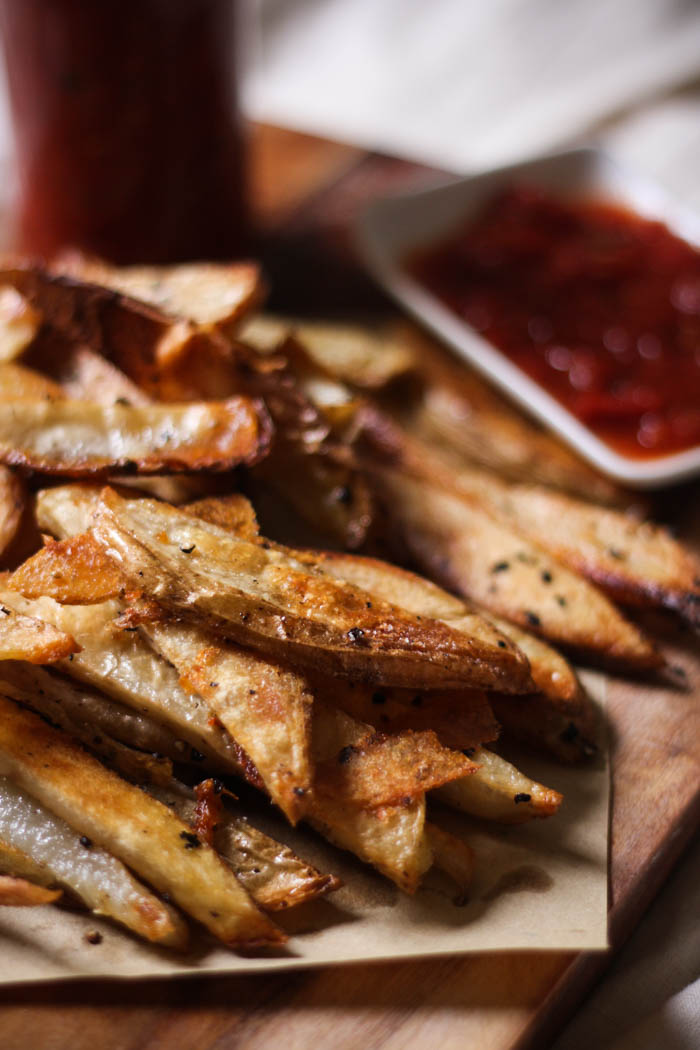 B has kindly written out the recipe to share below, but he’s also kindly offered a few tips as to how to get the best possible, golden crispy chips (imagine a lot of hand waving and gesturing here please :) 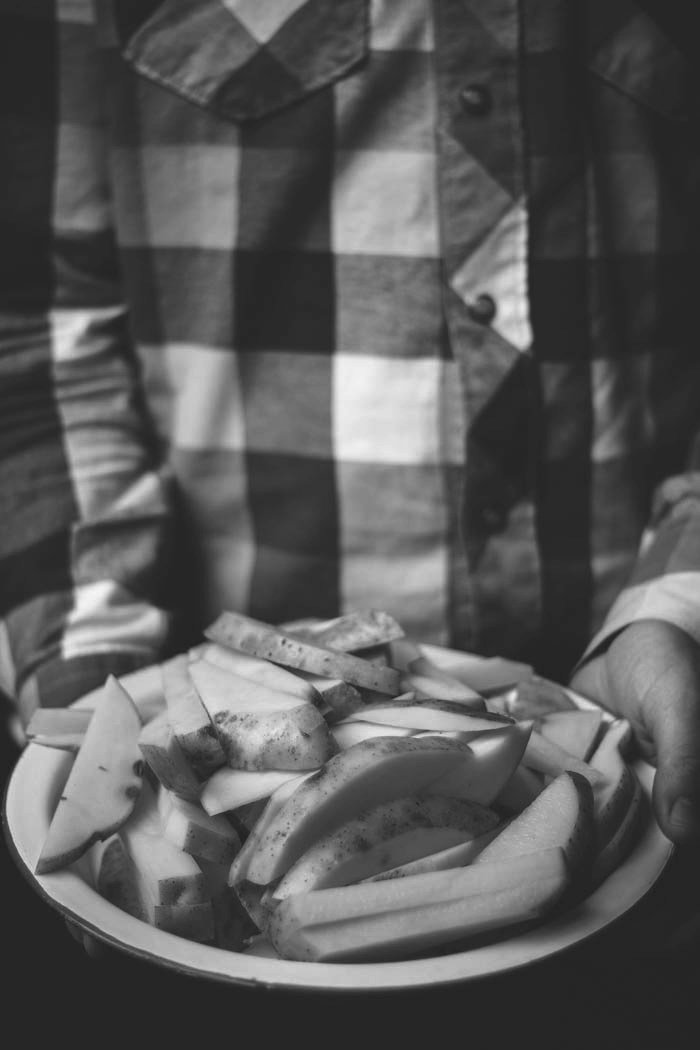