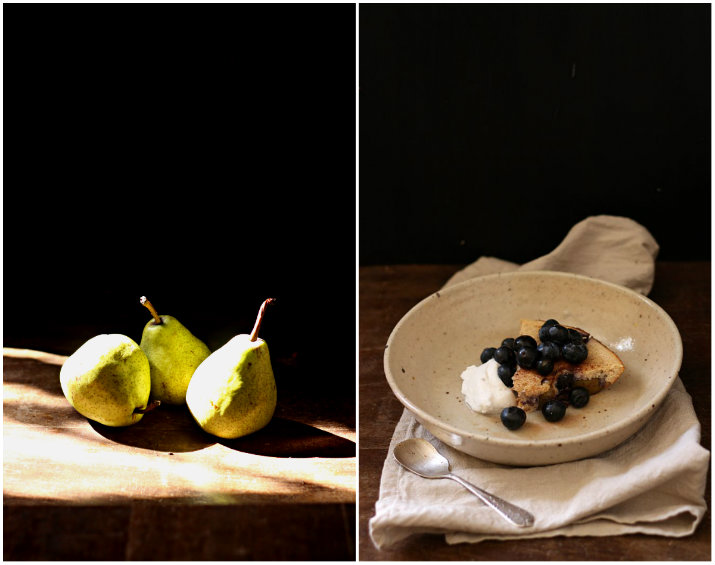 My breakfasts lately are usually quite simple savoury affairs – some veggies (whatever’s in the fridge) fried in a little oil or butter, with an egg thrown in at the last minute, whatever fresh herbs I have on hand, plus a little extra protein if it’s about – some smoked salmon or feta usually. But the other day I was craving something sweet and warming – it may have been due to what seemed to be never-ending grey, gloomy weather, which sparked the need for something warm and comforting. 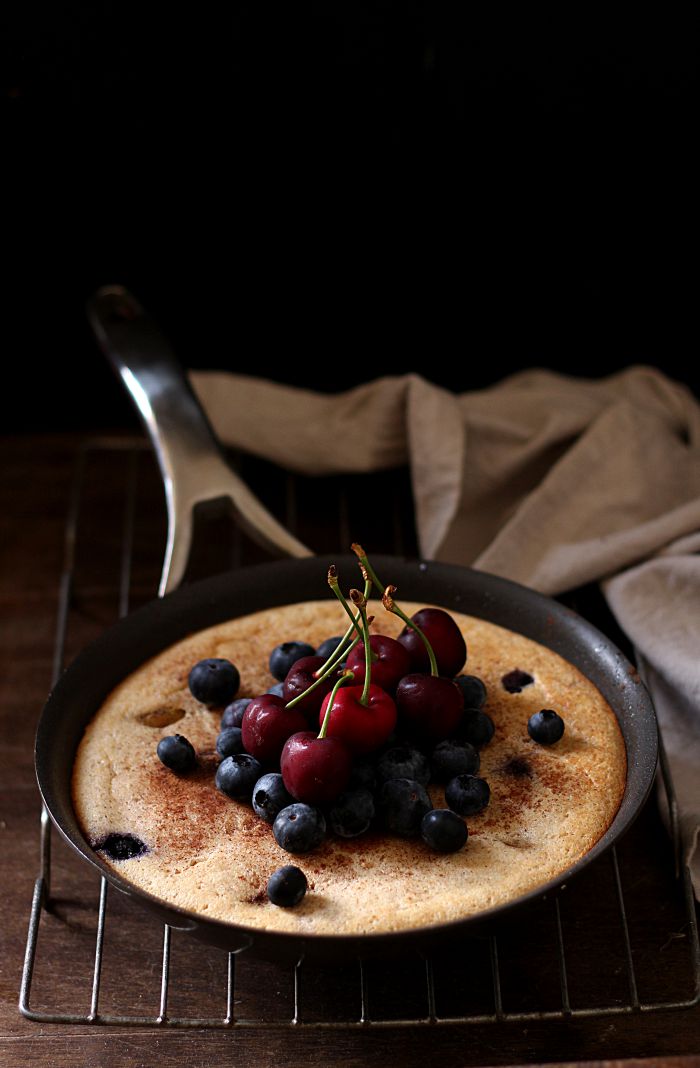 I remembered seeing a recipe a while back for an apple skillet cake – a concept I had never heard of before – and decided to try my hand at something similar. I didn’t have any apples at the time so instead opted for pears which I fried a little until they were golden and caramalised, added some spices, and then threw it all together with a yummy, mostly grain-free (and completely gluten free) batter. The end result was delicious and light, yet still warm and comforting. One thing I always struggle with when having rich, sweet treats for breakfast, such as pancakes, pastries or sugary porridges or cereals, is that I usually have a sugar crash a few hours later and feel quite sluggish for the rest of the day. This skillet cake however didn’t have that affect – it contains only a small amount of sugar, being sweetened mostly by the fruit, and also quite a bit of protein without too many carbs to lessen the sugar blow. 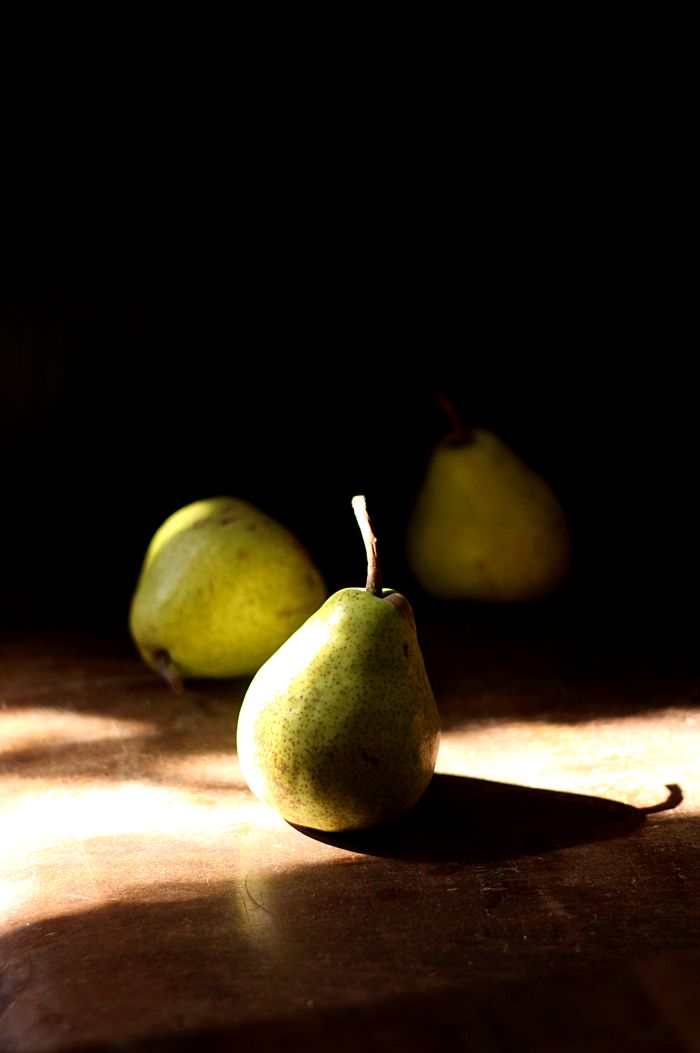 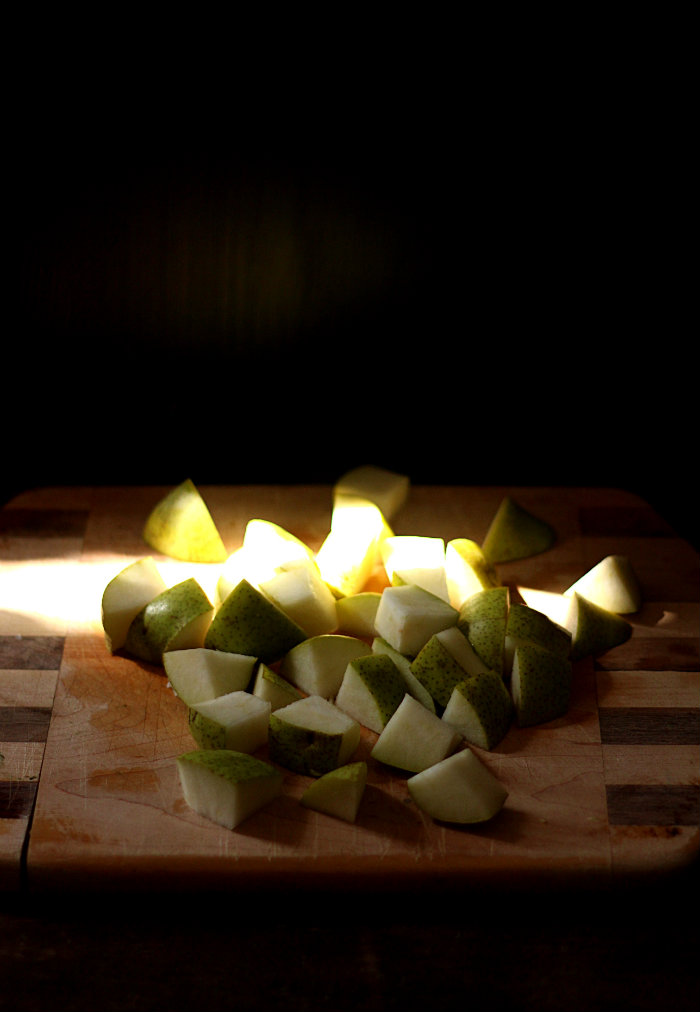 I absolutely love the texture of this cake – if you come by here often you’d know by now that I’m not the biggest fan of your standard run-of-the-mill cake, this however taste like a cross between a cake and a baked pudding, dotted with moist caramalised spiced pear and sweet bursts of blueberry. It’s best enjoyed hot out of the oven, but it can be enjoyed heated up the next day as well. After that – I’m not sure sorry, it didn’t last that long in our house! 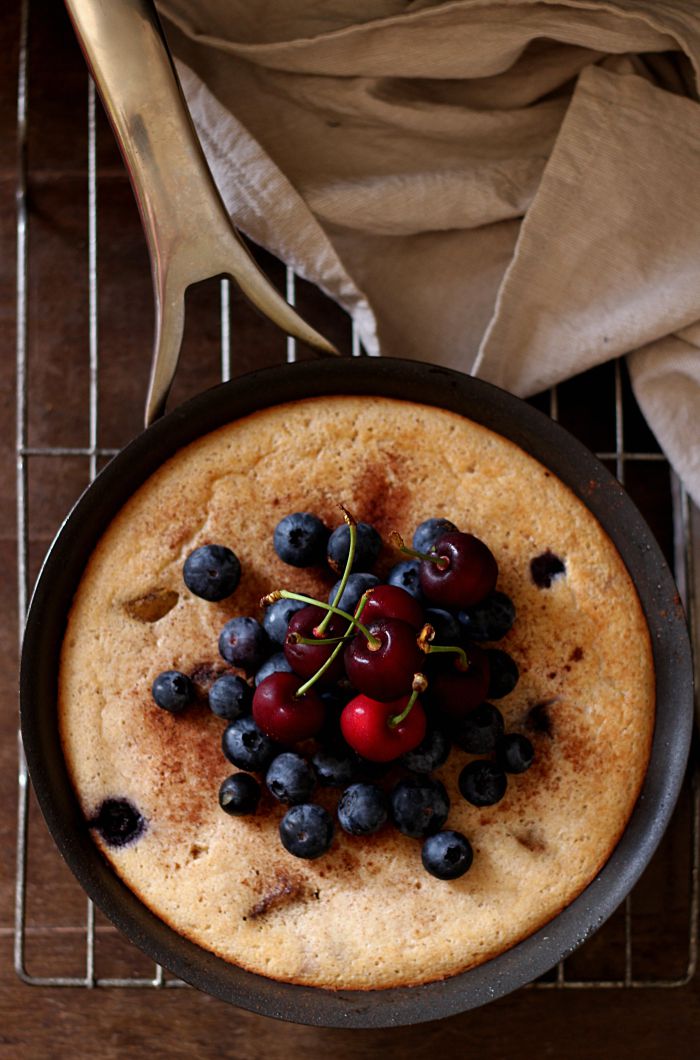 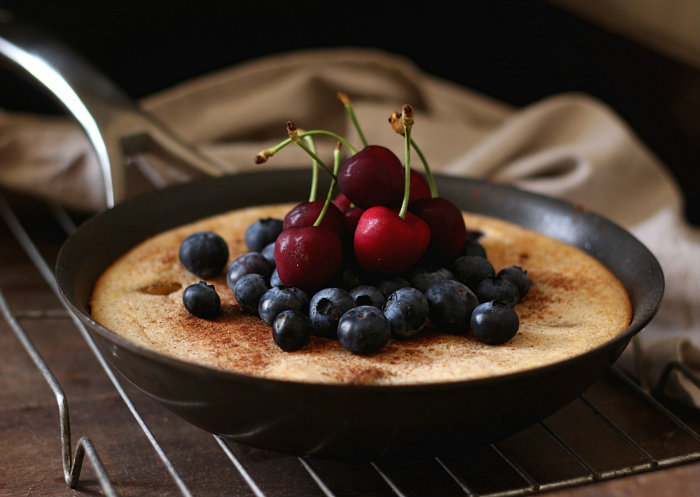