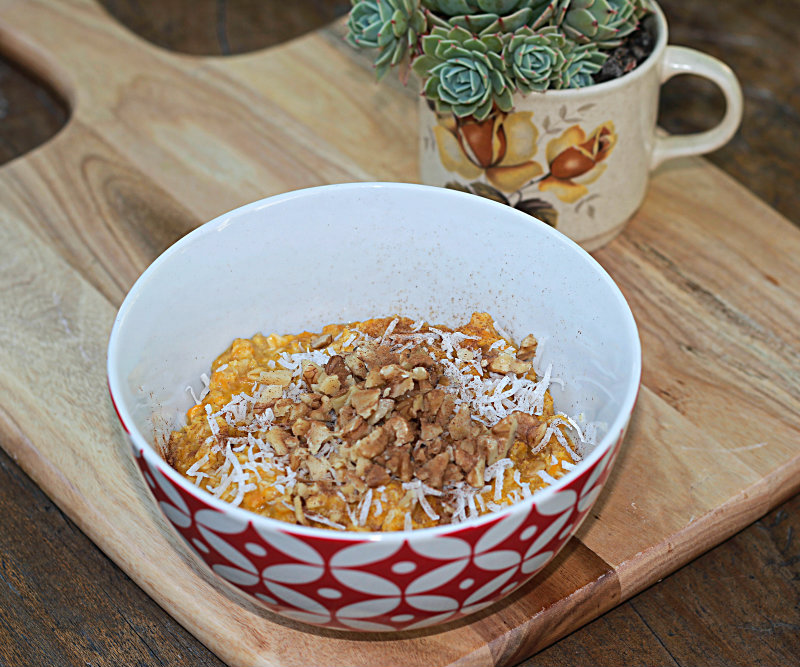 I should preface this post by stating that I have never actually tried pumpkin pie. Its not that I have not wanted to, I’ve just never come across it, I guess growing up in Tasmania and travelling to the States once outside of the pumpkin season, the opportunity never arose.

For years I have been fascinated by all of the pumpkin recipes that start to appear in the American and Canadian blogs and websites I follow every year around this time. The way pumpkin in successfully incorporated into a vast array of dishes continues to amaze me – pumpkin latte, pumpkin beer, pumpkin smoothies, pumpkin yoghurt, pumpkin pasta… the list goes on!

One thing I saw awhile ago and have been wanting to try ever since was pumpkin pie porridge. So when I had some left over roast pumpkin in the fridge the other morning, I thought – why not! And added it to my oats. As I was running late, I didnt have time  Google a recipe, so I just added what I thought might go in… Cinnamon? Definitely. Nutmeg? Of course! Coconut? Not so sure – but I do love coconut, so in it went!

This may not be the most authentic pumpkin pie  taste ever, but it was too good not to share – I hope you enjoy it as much as I did :) 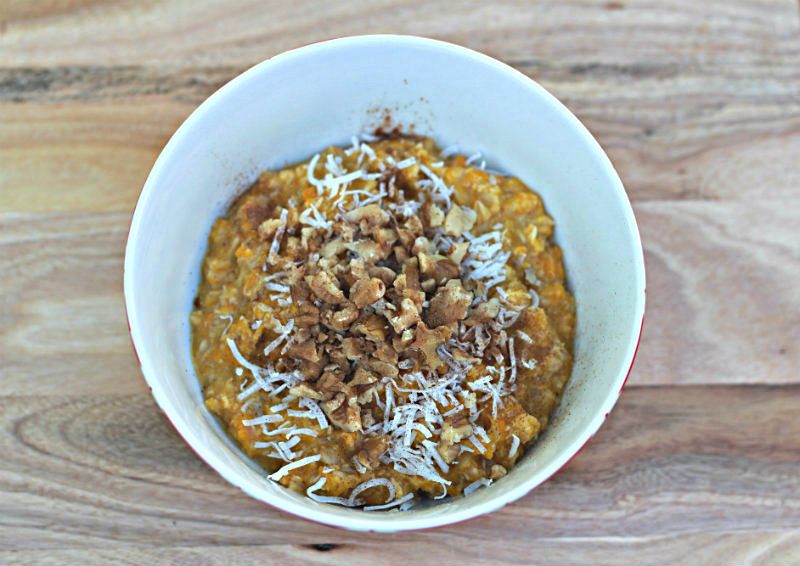 Coconut, cinnamon and chopped walnuts or pecans to serve

Mash pumpkin, and mix with other ingredients in a saucepan over a medium to low heat. Cook around 15 minutes until the oats are cooked through, adding more water if you prefer a wetter porridge. Add maple syrup 1 tsp at a time until sweet enough for your liking.

Serve with additional coconut, chopped nuts and a sprinkle of cinnamon, and enjoy with a hot cup of tea :)