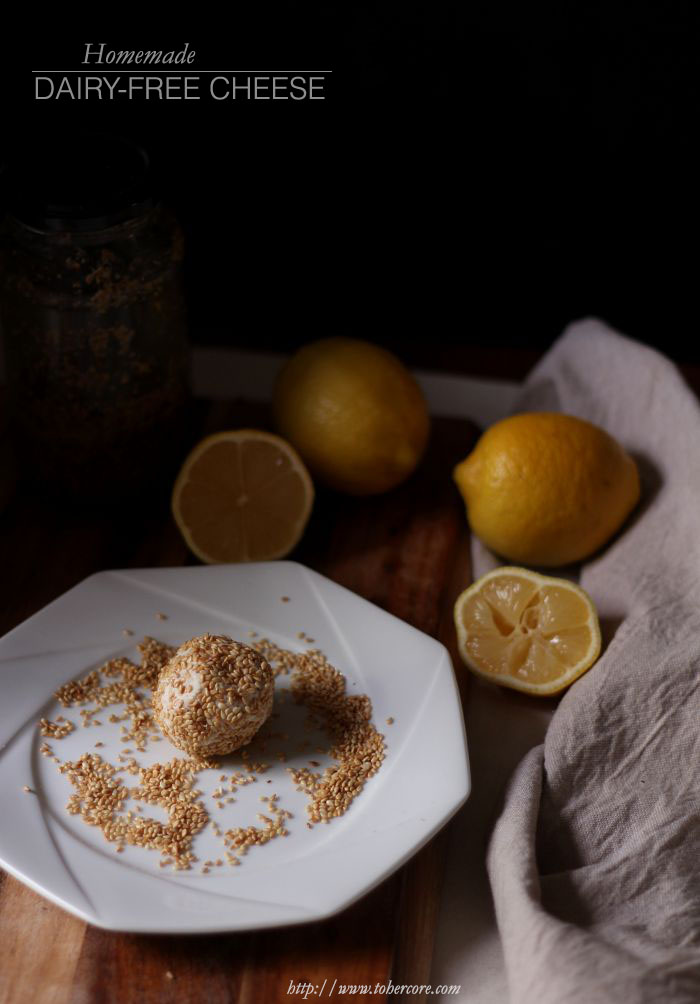 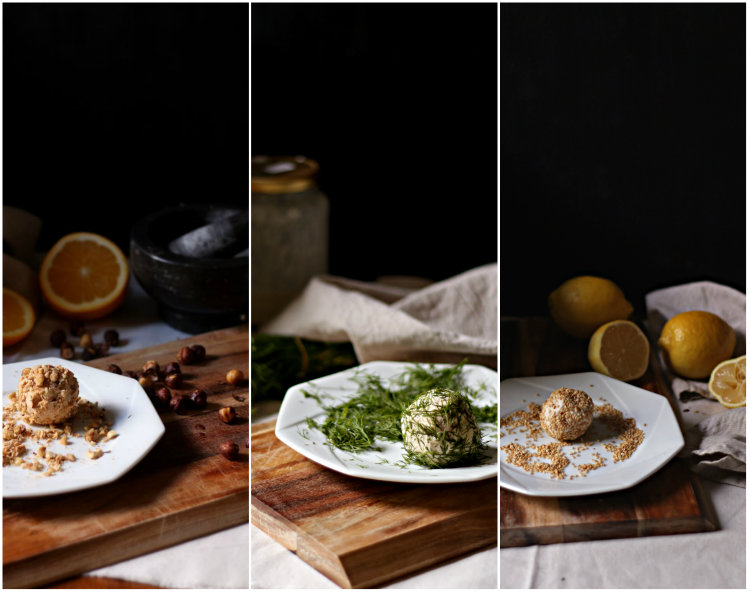 I am always looking for new and interesting ways to use wholefood ingredients, especially ones that minimalise waste. I recently discovered macadamia nut milk which fast became my favorite nut milk – it’s smooth, creamy and has a lovely subtle flavour which isn’t as strong as other non-dairy milks meaning that it works wonderfully in places where other milk substitutes hold up poorly. It also means that I have been making copious amounts of the stuff which has left me with lots of nut milk pulp.

There are many uses for nutmilk pulp – it can be dried and then blended into nut flour, mixed into cookie and bliss balls, mixed with some spices to create a tasty dip or rolled out and baked at a low heat to make savoury crackers. But by far my favorite way to use up nut milk pulp is to turn it into delicious savoury cheese. 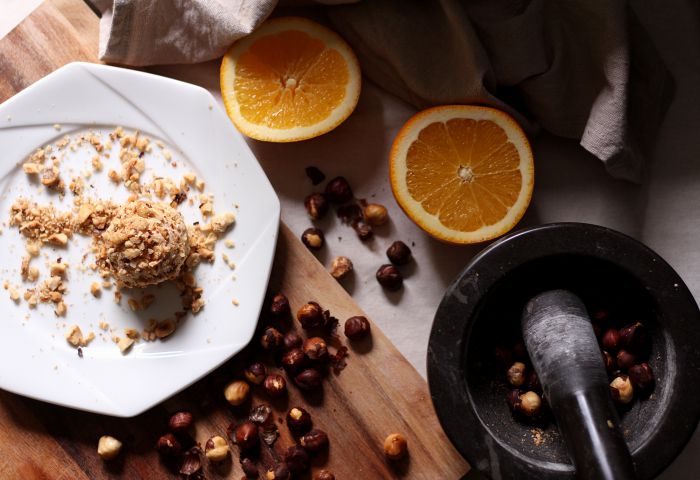 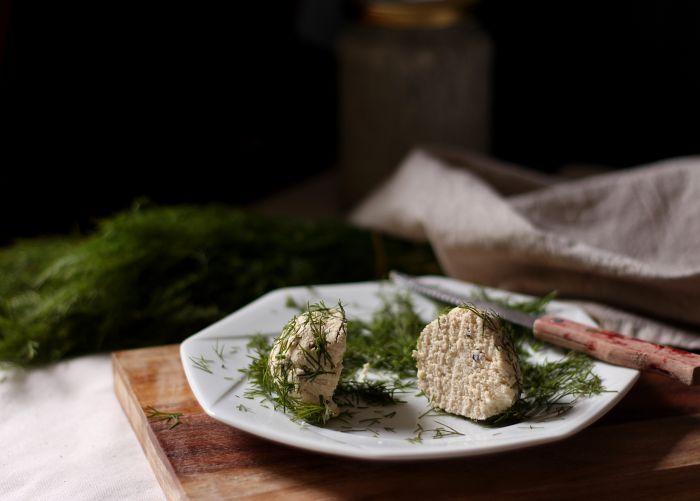 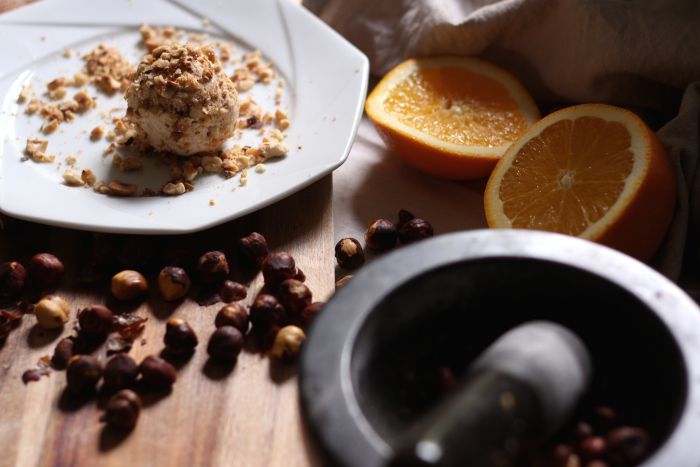 I am a huge lover of most things cheese, but I try not to include too much dairy in my diet as I’ve noticed that it aggravates my skin when I’m eating too much if it. I have a condition called dermatographic urteria, which means that my skin produces histamine without necessarily having an antigen to set it off, which basically means that my skin gets quite itchy and marks easily. I use antihistamine tablets to control the symptoms, which have been lessening over the past few years. Over the Christmas period however, the symptoms got worse and I had to start taking the antihistamines more frequently. The only thing I could think of that had changed was that I was having more dairy – I went to a food fermentation course late November and was given some milk kefir grains which I was using to make milk kefir which I turned into breakfast smoothies a few days a week, plus I had started eating a lot more cheese. You may have noticed an increase of cheese-related recipes here leading up to Christmas which was reflective of my diet – Baked Ricotta, Haloumi Stir Fry,  and lots of sneaky blue cheese going on.

I normally wouldn’t have had any inclination to overshare my odd skin condition here – it’s something I consider to be very minor and doesn’t really affect my day to day life at all – it normally isn’t visibly noticeable and these days creates only a little discomfort (the odd itching) until the recent flare up, however after realising how dairy affected it I assumed that this may be something that other people had come across, yet a quick Google search revealed nothing of the kind. So I guess part of my sharing this with you is to highlight how some foods that we perhaps wouldn’t suspect can aggravate other conditions, not necessarily in an overly obvious way (by which I mean I show no signs of being dairy intolerant).

So in the best interest of my skin – and my mind (anyone who has suffered itchy skin conditions will know exactly what I mean here!) we’re steering clear of dairy for the moment and embracing non-dairy alternatives. 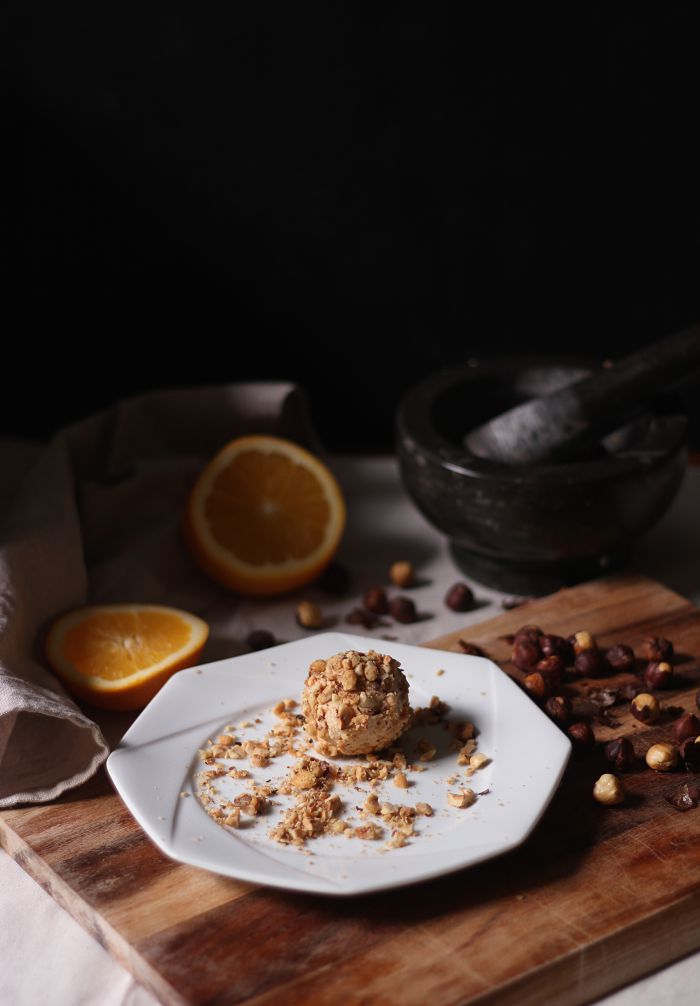 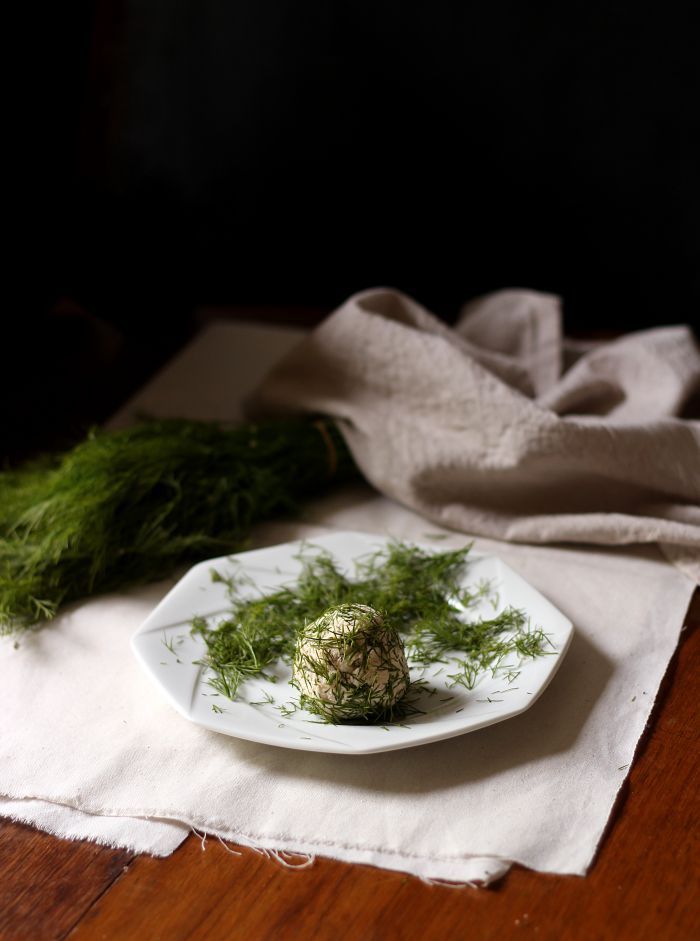 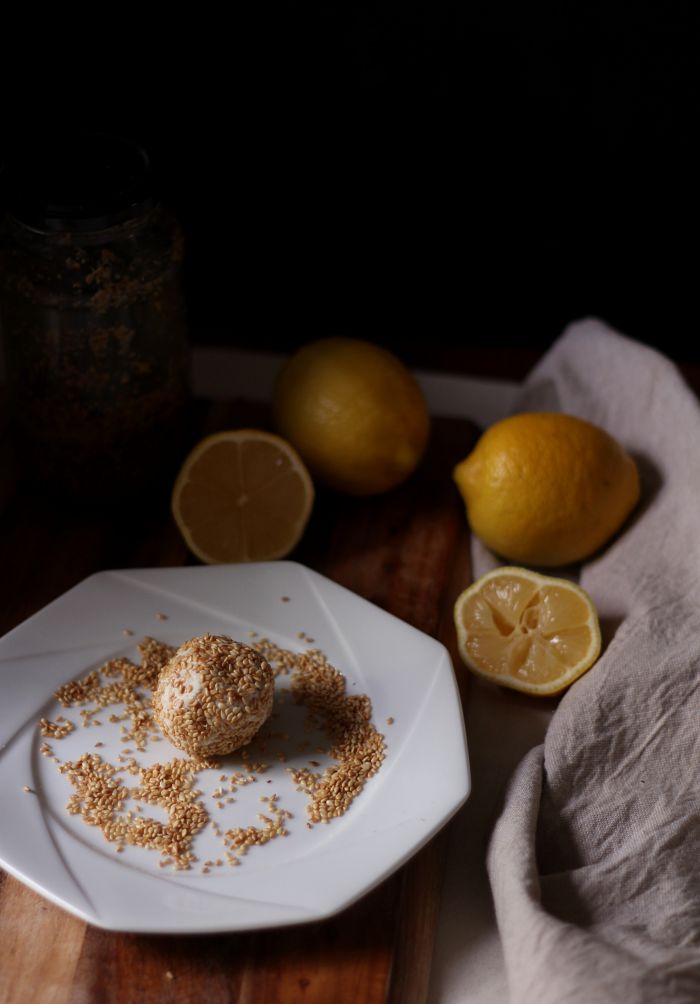 Gone are the days when those who couldn’t consume dairy (or chose not to) had to live off commercially made soy products only. There are so many options these days, including grain and legume options, as well as nut and seed varieties which I tend to favour. I actually made a quick video of how to easily make your own nut milk at home, but it’s incredibly over exposed so I may have to have a second crack at it I think, and in the mean-time I’ll point you in the direction of Tasty Yummies’ guide to nut milks which gives you a step by step guide on how to make nut milk plus four delicious flavouring options. And once you have made your nut milk and are left with just the pulp, you can go ahead and use it to make some of this yummy dairy-free cheese. This cheese is most similar in taste and texture to ricotta, and as with ricotta, is quite bland on its own so needs a little extra flavouring to really make it shine. I’ve given you three flavouring options here, but you really could play around with the base recipe to add in whatever flavourings you like. if you do experiment and come up with anything that really impresses, be sure to let me know in the comments below so that I can try it out myself! 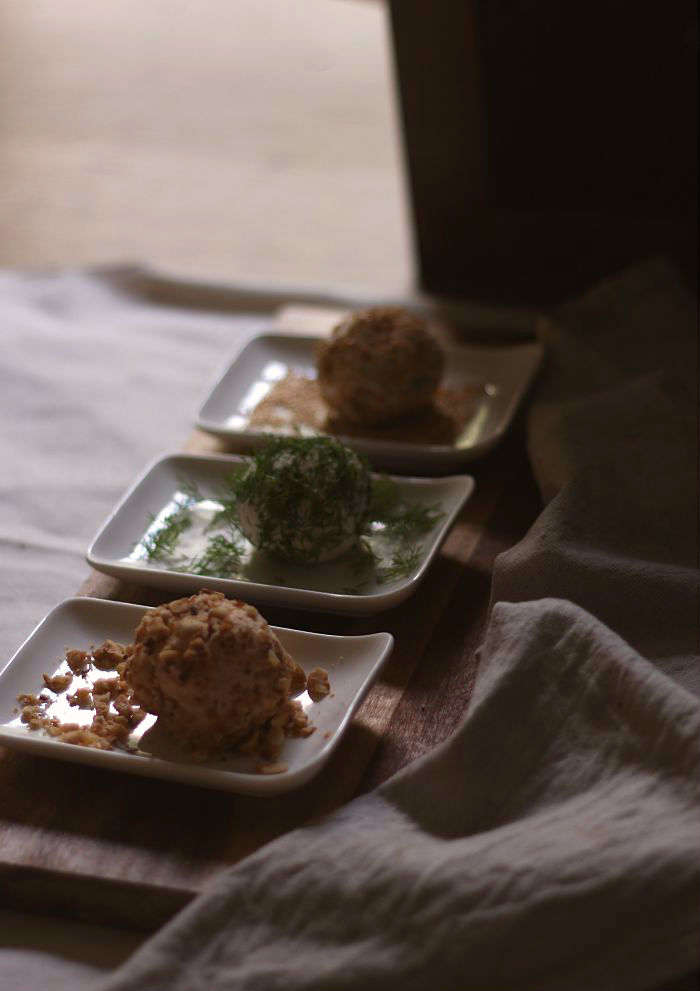 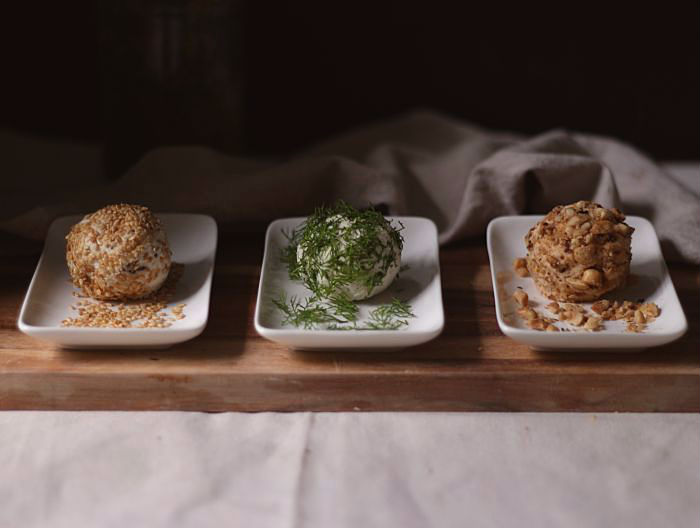 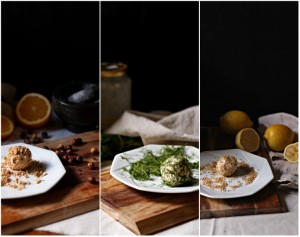